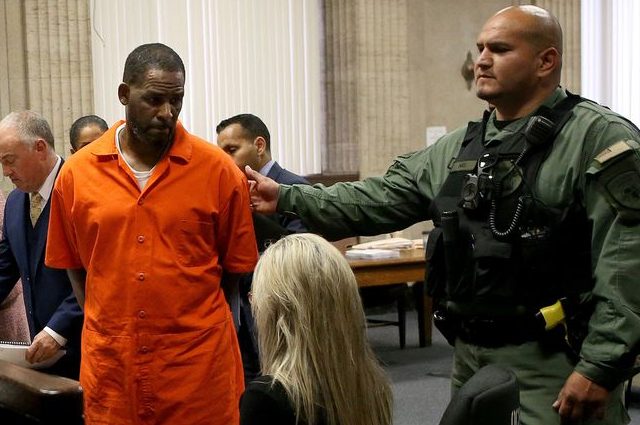 After being convicted of sex crimes in Chicago, R. Kelly is attempting to miss a trip to New York for more court sessions. According to AllHipHop, Kells legal team is requesting R. Kelly can virtually appear at a restitution hearing instead of traveling due to a leg injury.

“Undersigned counsel writes to respectfully request that Defendant Kelly be permitted to appear via zoom for the September 28th, 2022, restitution hearing,” attorney Ashley Cohen wrote. “Mr. Kelly is currently housed at the Metropolitan Correctional Center in Chicago, Illinois. Mr. Kelly has sustained an injury to his leg that makes traveling challenging and uncomfortable.”

She added, “Furthermore, a significant amount of resources would have to be utilized to have Mr. Kelly flown in from Chicago to the Eastern District of New York for this hearing.”

The court date follows the seizure of $28,000 from R. Kelly’s commissary account to cover a court fee and restitution from victims in his sex trafficking case. He was convicted of sex trafficking and racketeering and sentenced to 30 years in prison in New York. In Chicago, he was convicted of three counts of child pornography, each of which has a minimum of 10 years.