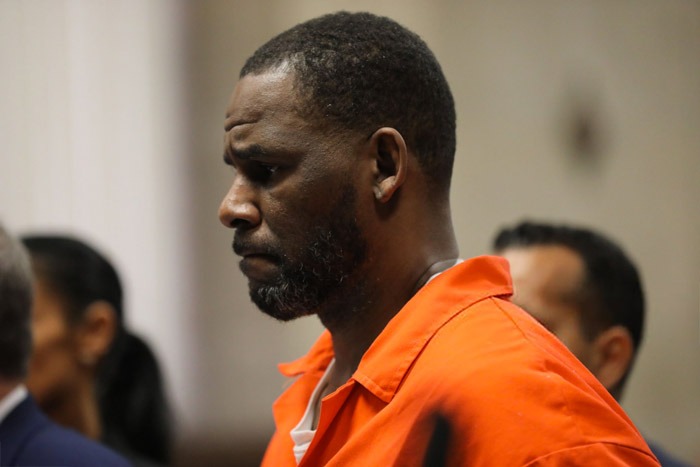 R. Kelly got into a physical confrontation with a fellow inmate while behind bars.

According to TMZ, a frustrated inmate jumped and attacked the R&B superstar in his cell inside Chicago’s Metropolitan Correctional Center, where he is awaiting trial on federal sexual abuse charges.

Federal law enforcement sources claim that Kelly was sitting on his bed when another inmate walked in his cell and started punching him. The inmate was reportedly angry because the detention facility had been placed on lockdown a couple times due to Kelly protesters outside the jail.

However, the fight didn’t last long. It’s unclear if another inmate or prison guards broke it up. A doctor reportedly examined the 53-year-old singer and determined that he was fine and didn’t have any serious injuries.

Kelly’s attorney, Steven Greenberg, declined to comment on the incident, only saying that Kelly has been a model inmate.

Kelly surrendered to Chicago police last year and is awaiting trial. He pleaded not guilty to the charges and is scheduled to be tried first in New York, with jury selection slated to begin Sept. 29. However, the date may be postponed due to the coronavirus pandemic.

According to prosecutors, three of Kelly’s associates tried to sway potential witnesses ahead of trial by intimidating and bribing them. One man allegedly set fire to a parked car outside the house of a woman who had accused Kelly of abuse, while another one of his accusers received an offer of $500,000 to buy her silence.