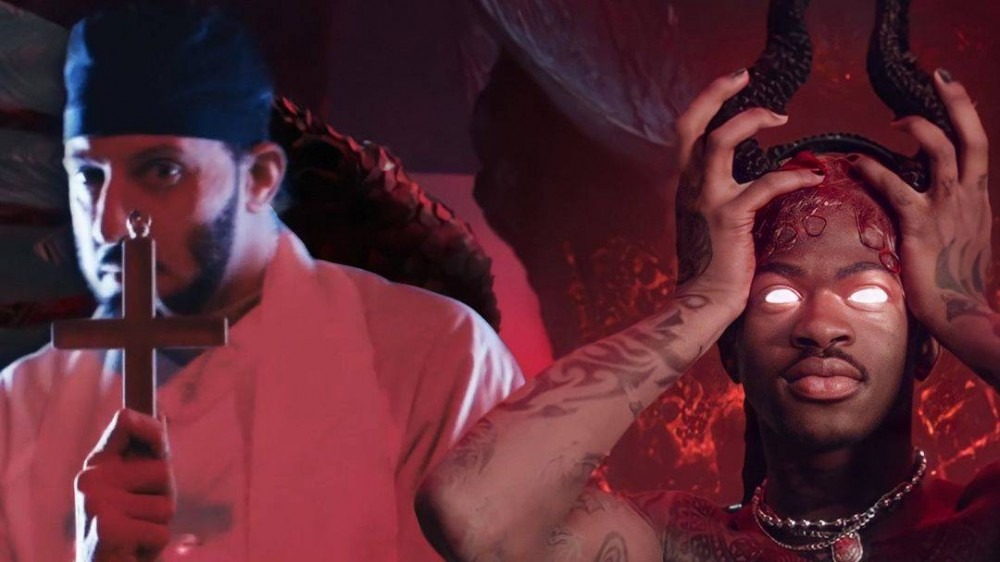 Exclusive – Underground Hip Hop staple R.A. The Rugged Man has emerged from his German dwelling to deliver a remix of Lil Nas X’s controversial single/video “Montero (Call Me By Your Name).” During the roughly three-minute track, the verbose spitter rides the Take A Daytrip beat with the lyrical precision Hip Hop fans have come to expect from the seasoned MC.

As the song moves along, The Rugged Man’s message quickly reveals itself and he doesn’t waste a second calling out the hypocrisy of the Lil Nas X outrage.

“So what’s the bigger threat?” he raps. “Nas X with a Satanic sneaker or leaving kids at the church with a Catholic preacher?/Pepe Le Pew animated cartoon cock loose, cancel Mr. Potato, he gave head to Dr. Seuss.”

As The Rugged Man explains to HipHopDX, he felt compelled to address the topic after he noticed people were losing their minds on social media, especially Christian conservatives.

“Man, I saw people wanting to hurt the kid and wishing death on him and I saw older folks and politicians going back to the fear mongering shit I grew up with where they used to blame rap music, horror movies, video games, heavy metal for all the troubles of the world,” he tells DX by text. “Meanwhile, there’s so much fucked up shit going on in the world right now, I just think we got bigger things to worry about then the kid trolling with some Satan sneakers.

“If you’re more scared of a Satan sneaker than the actual threats against your freedom right now, you gotta get your priorities right.”

R.A. The Rugged Man also wanted to debunk the notion Lil Nas X’s “Montero” video isn’t art, adding, “I saw so many comments talking about ‘this isn’t art’ but whether you agree with the message or not, it doesn’t make it any less of a piece of art. I remember they used to say all the horror movies I grew up on ‘wasn’t art’ and ‘rap music isn’t art.’

“Art is meant to offend some people and hurt some feelings and art is meant to, like the kid did, express what the fuck he believes through his music and visuals. That what the fuck art is. So I just wanted to kinda break down that side of the argument.”

But Lil Nas X was only the tip of the iceberg — the New York-bred rapper managed to touch on the COVID-19 pandemic, Derek Chauvin, George Floyd, Candace Owens, Jeff Epstein, Donald Trump, Judas Priest, “kids locked in cages,” Meghan Markle, the sordid history of the music industry and numerous other pop culture references throughout the track.

Check out the “Montero (Remix)” above and revisit All My Heroes Are Dead below.