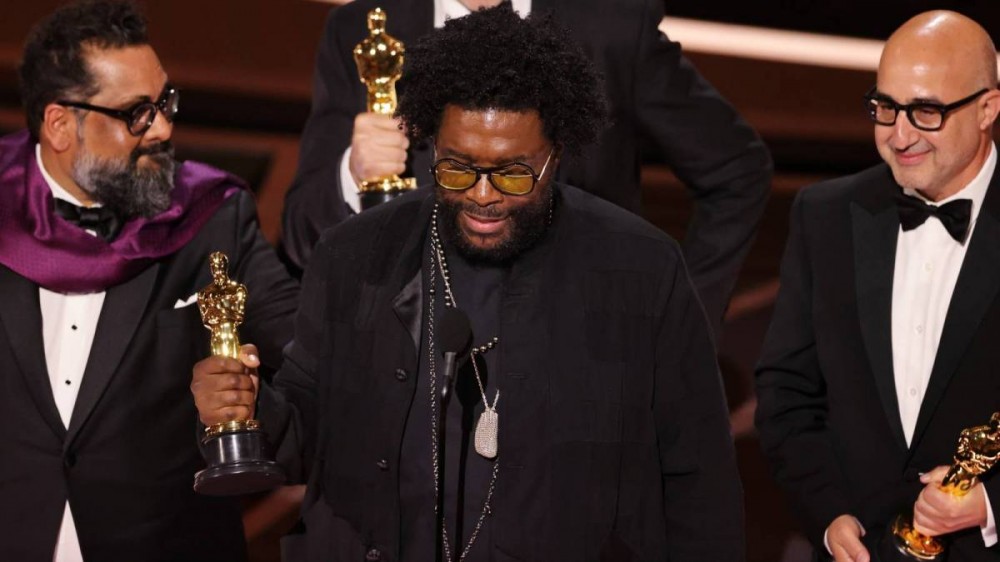 Los Angeles, CA – Ahmir “Questlove” Thompson is so much more than just the drummer for The Roots. Author, songwriter and film director are just a few of the many hats the talented Philly native wears on any given day.

On Sunday night (March 27), Questlove walked away with his first Oscar at the 94th Annual Academy Awards for the 2021 film Summer of Soul: (…Or, When the Revolution Could Not Be Televised), which he directed. During his acceptance speech, Questlove struggled to get his words out as he talked about the importance of the film to the packed crowd at the Dolby Theatre in Los Angeles.

“This is not about me,” he said. “This is about marginalized people in Harlem that need to heal from pain.”

Congratulations @questlove, Joseph Patel, Robert Fyvolent, and David Dinerstein for winning the #Oscar for Best Documentary Feature, Summer of Soul (…Or, When the Revolution Could Not Be Televised) pic.twitter.com/Zgg7Jb2Pzj

With Questlove’s mother watching from the audience in tears, the 51-year-old multi-hyphenate accepted the honor in the Best Documentary category and said he was “overwhelmed” but over the moon with happiness.

Summer of Soul won the Grand Jury Prize and Audience Award when it premiered at Sundance last February. More recently, he took home the award in the Best Documentary category at the 2022 Independent Spirit Awards. The film is also up for Best Music Film at the 64th Annual Grammy Awards.

The film centers around 1969’s Harlem Cultural Festival, a six-week musical celebration featuring performances from Stevie Wonder, Mahalia Jackson, Nina Simone, Sly and the Family Stone and Gladys Knight & the Pips, among other ’60s icons. The documentary received critical acclaim across the board, especially when it came to the film’s restoration quality.

Questlove is currently working on another documentary about Sly Stone and will also serve as a a co-producer alongside Mick Jagger on a forthcoming documentary series about James Brown for A&E.