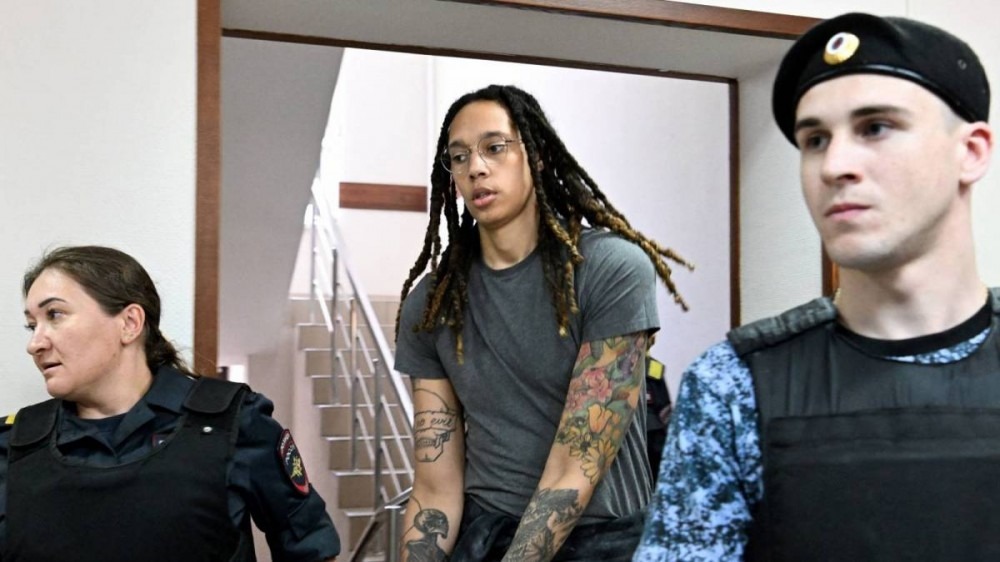 Khimki, Russia – As Russia’s war on the Ukraine inches toward its fifth month, WNBA star Brittney Griner is fighting her own battle outside of Moscow. The 31-year-athlete has been detained since February when she was arrested at Sheremetyevo International Airport for carrying hashish in her luggage, just six days before Russia executed its first bomb strike on Kyiv.

On Tuesday (June 27), the Los Angeles Times published the first photos of Griner as she arrived at a Russian court. The stunned look in her eyes caught the attention of Questlove, who swiftly issued a call-to-action on Instagram.

“Can my media people take compassion to bring attention to this situation?” he wrote. “#Repost @michaelaangelad THIS IS WHAT TRAUMA LOOKS LIKE. The lack of urgency and care for Black women personified in Brittney Griner. This must be treated like the international crisis it is! #BrittneyGriner #FreeHerNOW.”

Brittney Griner could face 10 years in prison if convicted on charges of large-scale transportation of drugs. Fewer than one percent of defendants in Russian criminal cases are acquitted and acquittals can be overturned, unlike in the U.S.

In Cherelle Griner’s first public interview with Good Morning America, she referred to her wife as a “political pawn.” She also noted she’d heard from Secretary of State Antony Blinken but wanted more.

“I was grateful for the call, you say she’s top priority, but I wanna see it,” she said. “And I feel like to see it would be me seeing BG [Brittney Griner] on U.S. soil. At this point I don’t even know who I’m getting back when she comes back.”

In a closed-door hearing on Monday (June 27), a court in the Moscow suburb of Khimki scheduled Griner’s trial to begin on July 1 and extended her detention by six months pending the outcome of her case.