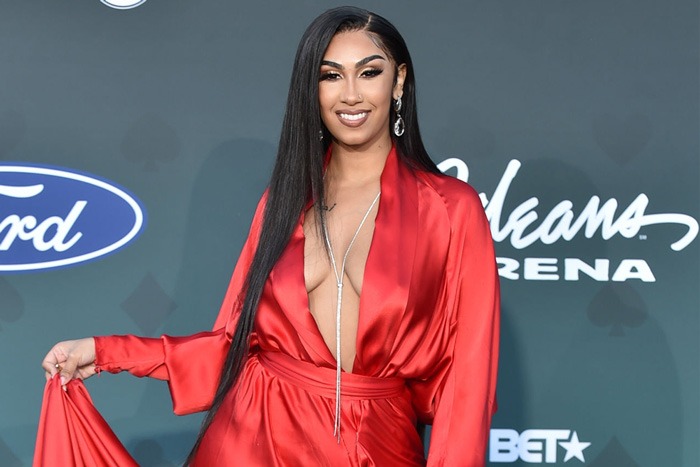 Queen Naija’s family nightmare is over.

On Thursday night, the “Medicine” singer’s ex-husband Chris Sails was arrested and charged with aggravated assault causing serious bodily injury. According to a post from The Shade Room, which displayed his mugshot and docket, the 24-year-old is being held on $15,000 bail in a Texas jail.

Shortly after his arrest, Naija took to Instagram to reveal that their 5-year-old son CJ was missing and she was unable to locate him. “I need my son now,” she wrote in a since-deleted Instagram Story. “Whoever has my son contact me NOW. If you guys know who Chris be around and with DM ME!!”

A panicked Naija added, “I can not locate my son! Nobody is answering me.”

#Roommates, #ChrisSails was arrested today on aggravated assault charges, and is being held on $15,000 bail! #QueenNaija posted and deleted a concerning message in her instagram story, saying she is searching for their son CJ, and is unsure of whose custody he is in. We will keep you updated as the story develops, #Roomies! (Via: @theshaderoomteens)

Not long after putting out the concerning call, she was able to locate her son. “To be clear, I found where my baby was & spoke to him & will be with him soon,” she told her 7.7 million followers.

She explained why she decided to go public with the information. “I would never post anything like this for attention,” she said. “I posted that on my story out of fear after receiving a call from someone in the social services department.”

After reaching out to those she knew in Houston and receiving no answer, she took to social media with the hopes of finding CJ. “I only made a post in hopes of someone reaching out to me on IG who is around my son often, because I don’t know anyone’s socials,” she said, adding, “Everything is fine thanks.”

Naija also has a 1-year-old son, Legend, with her current boyfriend, Clarence White.