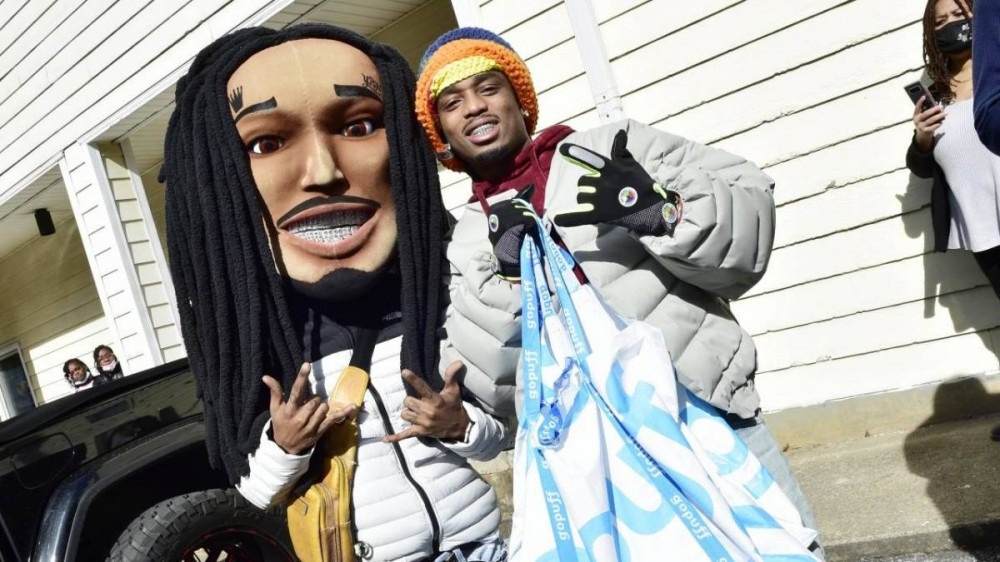 Atlanta, Ga – With Thanksgiving coming up on Thursday (November 25), rappers are giving back to their communities by setting up turkey drives across the country.

Quavo is doing the same, as he and his Quavo Cares Foundation set up the Quavo Cares Turkey Drive in Atlanta on Tuesday (November 23). The event came in partnership with food delivery service Gopuff and foodbank charity Feeding America.

“No Matter How Far U Go U Gotta Take It Back To Where It Begin. Happy Thanksgiving,” he captioned a clip that captured moments from the turkey drive. It’s also soundtracked by an upcoming Huncho track produced by Murda Beatz.

The Migos frontman threw on a puffy jacket and some Yeezy NSTLD Boots to strut over to cars in the drive-thru event and stuff their trunks with turkeys on the go.

He also posed with fans for selfies and spread some holiday cheer throughout the day. There was even a life-sized Quavo mascot to hang out with everyone as well. At one point, a young girl got out of her car and joined Quavo to help give out turkeys to the people of Atlanta.

Huncho isn’t the only one giving back this holiday season. Lil Baby and former Atlanta Falcons star Julio Jones hosted a turkey giveaway in Atlanta as well.

T.I. put together his 16th annual turkey drive and DaBaby made sure to help out the people in his hometown of Charlotte ahead of Turkey Day.