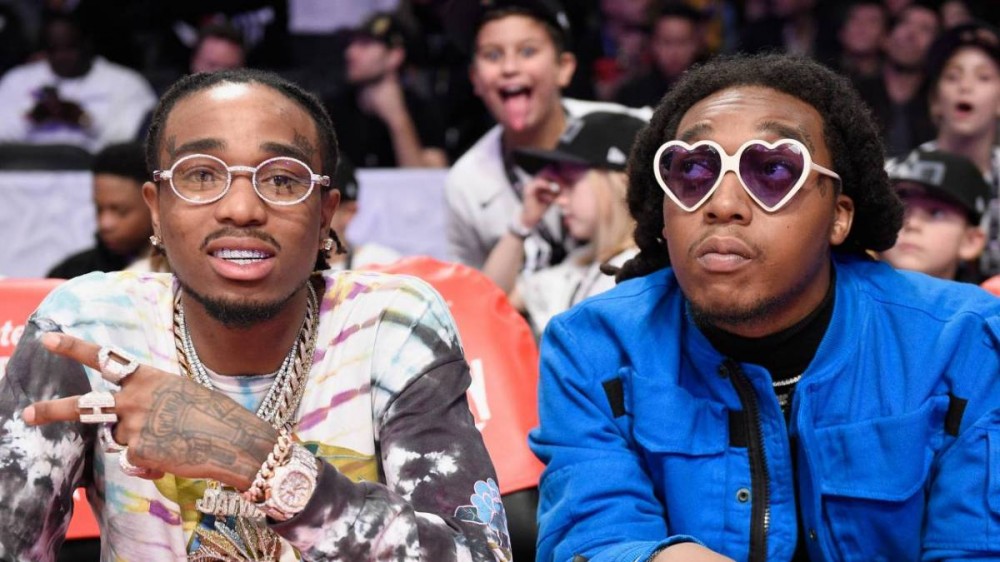 Quavo and Takeoff have high expectations for their upcoming joint album as the duo are tapping into NBA royalty to fuel their inspiration heading into Only Built For Infinity Linx.

As part of the album rollout’s home stretch, Quavo and Takeoff did their best Michael Jordan and Kobe Bryant impersonations for a championship photo shoot where they rocked vintage NBA Finals gear from both the Chicago Bulls and Los Angeles Lakers respective three-peats along with a rare Jeff Hamilton leather bomber jacket.

“I don’t want to be the next Michael Jordan, I only want to be Kobe Bryant,” Takeoff wrote while saluting the Mamba Mentality.

Huncho then reposted the same highlights from the celebratory shoot and referred to himself and his nephew as a “dynamic duo” and declared that the collab album was “100% done.”

Quavo has proved to be a basketball savant on the court in the past as he took home MVP honors at the 2018 NBA All-Star Celebrity Game. He even name-dropped Michael Jordan during his assist on Drake’s “Portland.”

With all of the speculation surrounding a Migos split with Offset at the center, their final single’s title is a fitting one as “Nothing Changed” is set to arrive on Friday (September 30).

While Offset — who has a solo album of his own arriving in November — won’t be appearing on the project, the effort contains 21 songs with guest features from the currently incarcerated Young Thug and Gunna, as well as NBA YoungBoy, Gucci Mane, Birdman, Mustard and Summer Walker.

Included on the tracklist are the previously released singles “Hotel Lobby,” which was accompanied by a Fear and Loathing in Las Vegas-inspired video, and the Birdman-assisted “Big Stunna.”

Rumors of the platinum-selling group breaking up circulated in May after Offset unfollowed both Quavo and Takeoff on social media. The “Ric Flair Drip” rapper later sued Quality Control Music over the rights to his solo output.

Fans may also be disappointed to see Raekwon’s name missing from the album considering its title is a nod to his classic 1995 album Only Built 4 Cuban Linx… Quavo even linked up with The Chef back in August, with the duo teasing a “Wu-Tang Migo connection.”