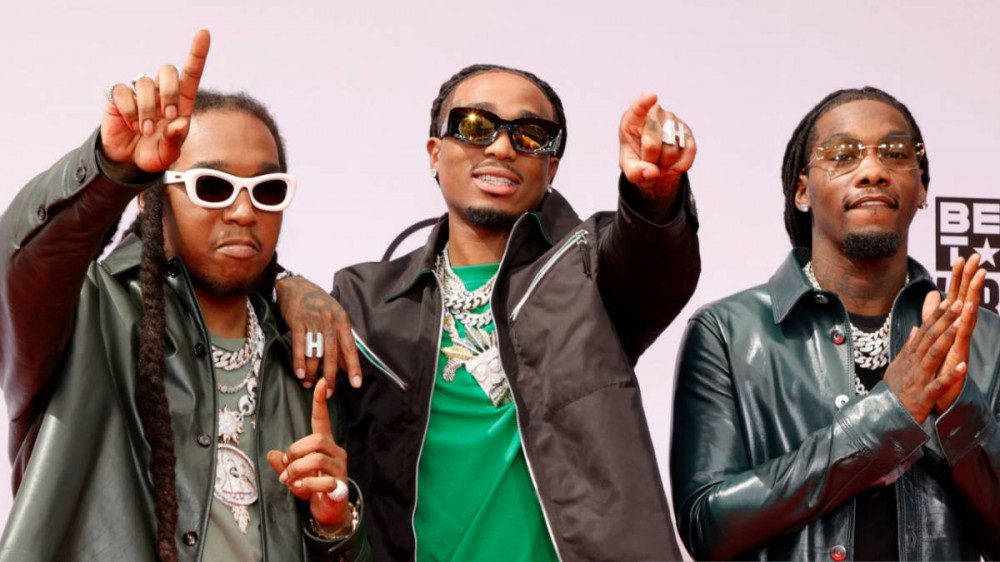 Quavo and Takeoff may be handling things as a duo now, but they’re willing to reunite as Migos with Offset under one condition.

On the upcoming episode of Drink Champs, Quavo asked the podcast crew who they thought could face him and Takeoff in a Verzuz match-up, not including OGs. N.O.R.E. couldn’t decide and instead asked if there was a chance fans would get a one-night-only Migos Verzuz reunion.

“And we can’t do a Migos reunion for one Verzuz? No? That’s not gonna happen,” N.O.R.E. asked before Takeoff simply answered: “If the check right.”

The controversy between the Migos members kicked off when Offset and his wife Cardi B unfollowed Quavo and Takeoff on social media. Quay and Take dropped off a joint single shortly after that with an accompanying music video titled “HOTEL LOBBY.”

Offset has been busy sharing music of his own, such as “5 4 3 2 1” and “Code” featuring Moneybagg Yo, and he announced a release date for his next solo album, while his Migos brothers released their joint project Only Built For Infinity Links earlier this month.

Quavo and Takeoff’s new album added even more controversy to the pot when Huncho seemingly addressed the rumors of his ex-girlfriend Saweetie cheating on him with another man on “Messy.” Fans speculated Offset had slept with Saweetie after Quavo and Takeoff spoke on loyalty during an interview on REVOLT TV’s Big Facts podcast.

“We gon’ stand on loyalty, you know what I mean?” Quavo said. “We stand on real deal, real deal loyalty, and sometimes that shit ain’t displayed. This ain’t got nothing to do with no label, no paperwork, no [Quality Control Music], nothing. This got something to do with the three brothers. And shit, it is what it is. Right now, we gon’ be the duo ’til time tell.”

Things got even more interesting when Lil Baby appeared to reference his rumored 2021 fling with Saweetie on his own new album It’s Only Me. “I don’t want yo bitch, we can’t swap out/ They ain’t on shit, tell ’em to pop out,” he raps on “Stand On It.”

The line seemingly references an Instagram Story from Quavo that read: “Ain’t tripping we can swap it out! #QCTheLabel,” which was posted shortly after Saweetie was spotted sitting on what appeared to be Lil Baby’s lap.

Elsewhere, on “Not Finished,” Lil Baby seemingly addressed the aforementioned picture by rapping: “She post a picture without my permission/ Got me in some shit, man, these women is wild.”