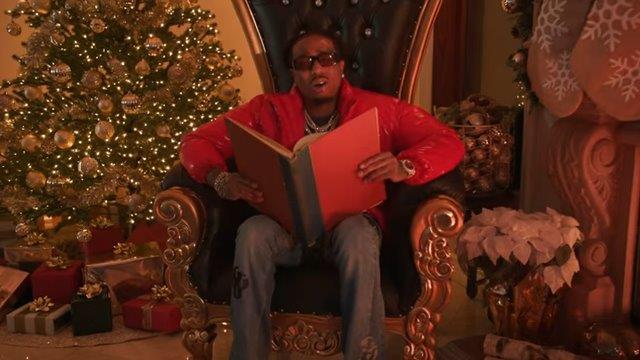 In the campaign, Quavo takes over Santa’s chair at a Lids store and reads “The Story of Fitted Santa,” where a special hat travels from person to person, delivering holiday season.

As part of the Fitted Santa campaign, consumers can get a custom Fitted Santa “FS” pin with any $50+ purchase (in-store only) or a Fitted Santa design custom embroidered on a hat of their choice, available at any Lids store with a Custom Zone. Customers will also have the opportunity to enter to win exclusive Lids prizes in stores, including a chance to win free hats for a year.

Quavo’s starring role in the Fitted Santa campaign follows his signing with Lids as a partner in 2019 and debut his Atlanta Braves hat collaboration this past summer.