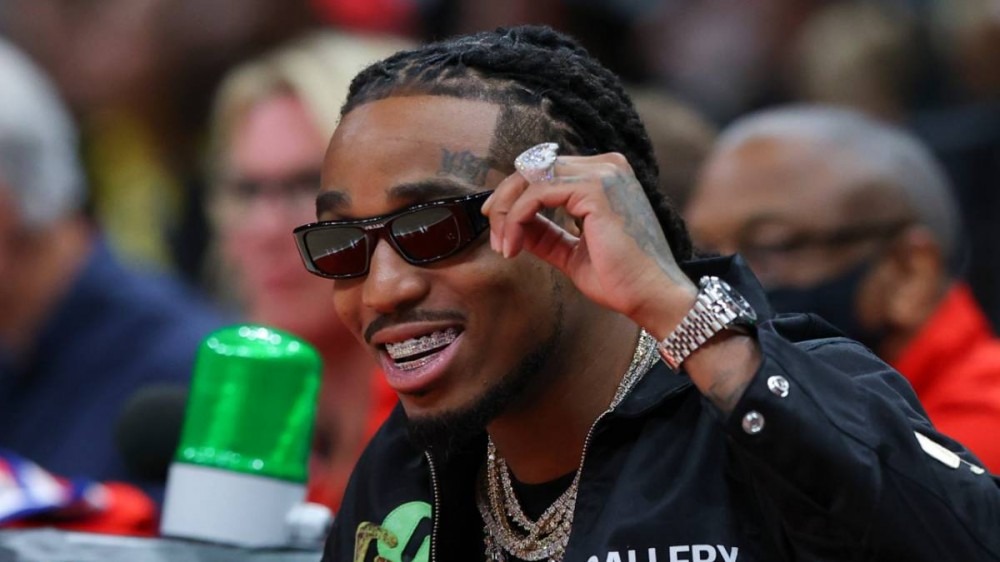 Quavo is a rap superstar, but who knew he was a jokester too? On Wednesday (June 22), the Migos frontman linked up with comedian Druski and decided to have some fun.

In a clip shared on social media, Quavo and Druski were hanging out at an airport when they jokingly announced the rapper was the first artist signed to Druski’s Coulda Been Records. Druski solidified the new addition to his label by rewarding with Huncho a stack of dirty cash.

“That’s the thing, I’m going tenth on the jet. I ain’t gonna go half with him on it,” Druski said before Quavo showed the cash advance in his hand, saying, “Look at what he gave me.”

The stack of cash was bundled up in rubber bands, with the cameraman calling it “dope boy money” and “trap money.”

The moment was pretty hilarious given Druski has been looking to sign someone to his fictional record label for a minute. Last year when Meek Mill vented his frustrations with his label, Druski attempted to get the rapper to jump ship.

“Come to Coulda Been Records @MeekMill We will SHOW YOU how much money we are Stealing from you,” he tweeted in response to Meek’s label situation.

Druski even offered Drake a deal after the 6 God jokingly said his career has taken a downward turn since the release of his Certified Lover Boy album (which broke various records while ranking as the highest-selling rap album of 2021).