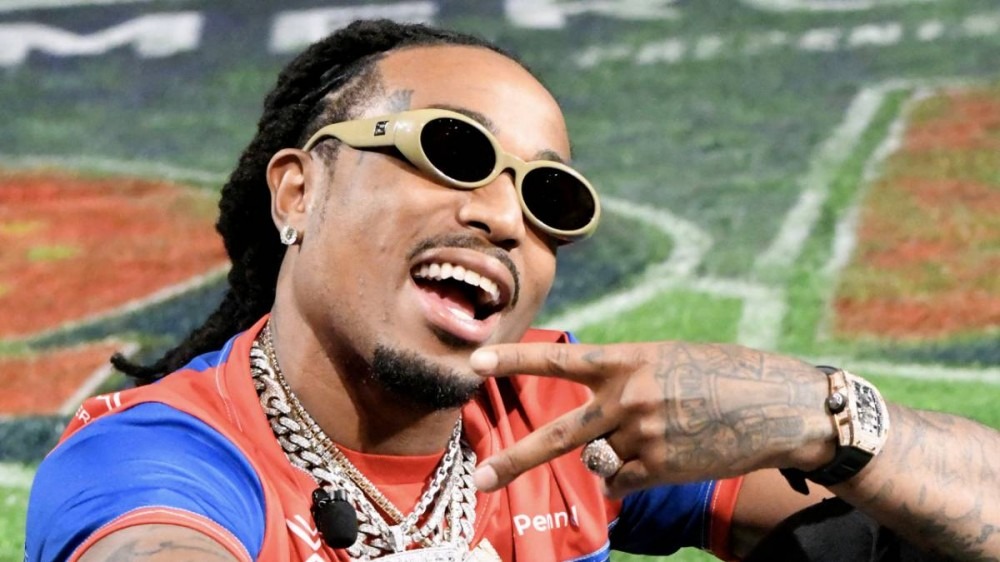 Quavo and longtime girlfriend Saweetie ended their roughly three-year relationship in March amid allegations of cheating and physical abuse. As the news spread, rumors the Migos rapper had repossessed the 2020 Bentley Continental he bought Saweetie for her 27th birthday started to gain traction, but it wasn’t confirmed until Quavo rapped about it on Culture III.

As pointed out by TMZ, Quavo is now selling the custom vehicle at the luxury and exotic car dealership Jakes Motorcars in San Diego, California. The GTC V8 convertible is being marketed as a used vehicle with just 2,191 miles and a $279,888 price tag. The listing also includes 72 photos of the car, which show off the “Icy” headrests, leaving no doubt whose car it was.

Quavo referenced the Bentley controversy on the Culture III track “Having Our Way” featuring Drake.

“Havin’ my way, now this shit like a business,” he raps. “Load up the bases, now I feel like Cal Ripken/She had it her way, now she out of a Bentley.”

But there’s a sense Saweetie has put the situation far away in her rear-view. On Friday (June 18), Rolls-Royce Client Experience representative Cassidy Von Seggern shared a photo of herself posing with Saweetie in front of a Rolls the self-described Icy Girl appeared to have just purchased. The luxury vehicle was delivered to Saweetie’s spot in the Hollywood Hills with champagne glasses in tow. Von Seggern wrote in the caption, “She a real bad bish, drive her own RR. #icy,” to which Saweetie said, “My girl!”

The caption was a reference to Saweetie’s “Best Friends” collaboration with Doja Cat and the pick up line Quavo supposedly used to hit on Saweetie at the beginning of their relationship.

Find photos of the Bentley Continental here and the “Having Our Way” below.