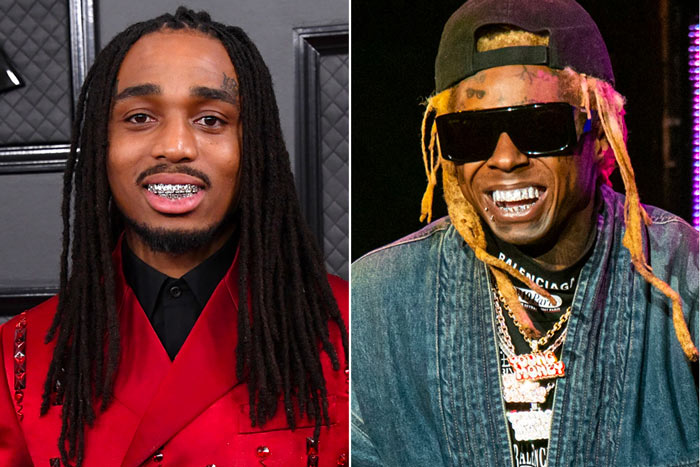 The Migos rapper became a high school graduate this week when he received his diploma from Berkmar High School in Lilburn, Georgia, and he credits Lil Wayne for giving him the motivation to pursue his education. During an interview with Weezy on Apple Music’s Young Money Radio on Friday, the Class of 2020 graduate opened up about his decision to finish school.

“I was doing stuff for the community and the school and everything. The school was always involved and just me being considered like a dropout, you’re not really an alumni,” said Quavo. “My principal was a teacher of mine back in the day. He ended up being principal now and shout out to Principal Williams. Man, he hit me up and was like, ‘Man, you should go back and get it.’ And I just went back and got it.”

Finally Can Say I Graduated High School Class Of 2020 We Lit 🔥 Now What College Should I Go To? 🧐 And To Celebrate We Gonna Drop SMASH TONIGHT 🔥🌊 BERKMAR HIGH NAWFSIDE BABY

That’s when Wayne shared that he too graduated from high school after dropping out at the age of 14. “You was most definitely one of my inspirations for going back to school,” Huncho told him.

On Friday, Quavo and Migos dropped “Need It” with YoungBoy Never Broke Again, the first single off their upcoming album.

The album will no longer be titled Culture III as previously announced. “We changing the name, we going to push Culture III, the title back. We going to change the name this time,” added Quavo.

Plus, Wayne revealed that he plans to drop an animated video for “I Don’t Sleep,” his Funeral collaboration with Takeoff, next week.