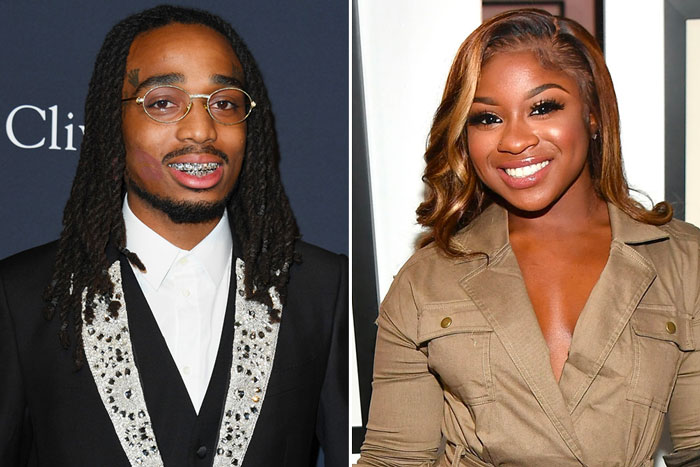 Quavo is responding to a bizarre rumor that he was in a relationship with Reginae Carter.

It all started during Gucci Mane and Jeezy’s Verzuz battle on Thursday when comedian-actor Gerald Huston questioned if Quavo was sleeping with Lil Wayne’s daughter. “u still fu**king colormenae?” Huston asked in the comments.

Wait hold on … Quavo and Reginae was fucking ? pic.twitter.com/hBeoS6wuya

The rumor gained traction before Quavo decided to directly address it, seemingly denying that there was any truth. “Internet Crazy Man 😭 Not Weezy Daughter No! ❄️🤞🏾,” he wrote in a since-deleted tweet. Fans noticed that he also used the snowflake emoji, a reference to his current girlfriend Saweetie.

It’s unclear where the rumor came from or if it was just a joke, but neither Quavo or Reginae seem to be concerned.