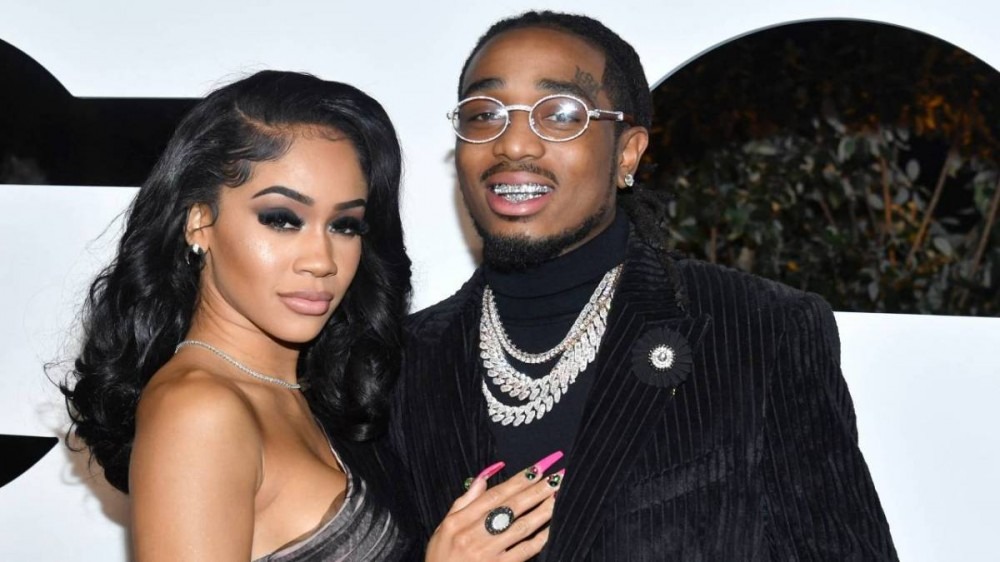 With everyone seemingly having a take on the viral elevator altercation between Saweetie and Quavo from 2020, the former couple is now speaking out in separate statements to TMZ. According to the outlet, Huncho denied ever physically abusing Saweetie throughout their relationship, which publicly ended on March 19.

“We had an unfortunate situation almost a year ago that we both learned and moved on from,” Quavo — who celebrates his 30th birthday on Friday (April 2) — allegedly relayed to TMZ. “I haven’t physically abused Saweetie and have real gratitude for what we did share overall.”

The Migos rapper’s statement comes on the heels of Saweetie reportedly talking to TMZ earlier on Thursday (April 1). She explained that they had reconciled and moved past the incident, but there were too many other hurdles to overcome to make their relationship work.

“This unfortunate incident happened a year ago, while we have reconciled since then and moved past this particular disagreement, there were simply too many other hurdles to overcome in our relationship and we have both since moved on,” The ICY GRL explained.

The viral clip in question allegedly took place at a North Hollywood apartment building in 2020 and finds Quavo and Saweetie tussling over a video game console box. According to TMZ, the Los Angeles Police Department is now investigating the incident and wants to speak with both parties.

The altercation could be ruled a domestic violence incident with both Quavo and Saweetie being in the wrong, but the cops will need to figure out what happened before the footage was rolling to best determine how they would handle charges for the incident.