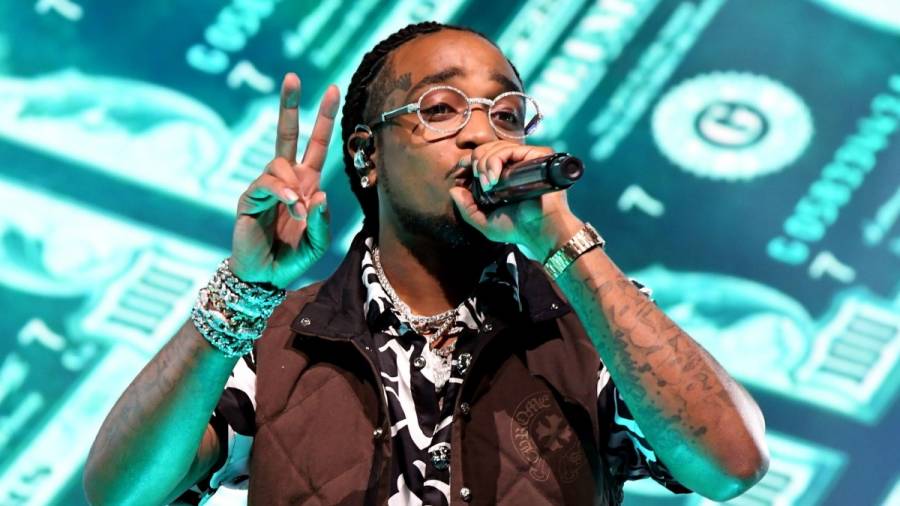 Quavo is still down with Quality Control, despite Migos’ lawsuit against QC lawyer Damien Granderson.

In an Instagram post on Wednesday (October 7), Huncho declared his loyalty to the imprint while posing at their office with a ton of cash.

“QC The Label Money STILL On The Table,” he wrote with the set of two photos.

QC The Label Money STILL On The Table 💪🏾

Quavo and his Migos groupmates Offset and Takeoff filed a lawsuit against their longtime lawyer Granderson in July, alleging that while he’s also been QC’s lawyer, he was stiffing the group out of millions in favor of the label.

“Granderson effectively prevented his other client – Migos – from ever being free of paying excessive compensation to QCM, from ever being signed to any other record label, and from ever obtaining negotiating leverage to secure reasonable terms in connection with the distribution of its musical recordings,” their suit alleged.

“It is unfortunate that the same people that we have worked hard for, provided opportunities for, and championed for are now alleging that we have participated in any kind of immoral or unfair business practices or took advantage of them in their careers, especially while we are dealing with the death of an artist on our label that was dear to us,” he began. “We have always practiced honest business and complete transparency from the beginning when we started Quality Control Music.”

Pee went on to say he’d be happy to let the trio be released from their contract if that’s what they wanted, but apparently, they’ve worked out the issues.