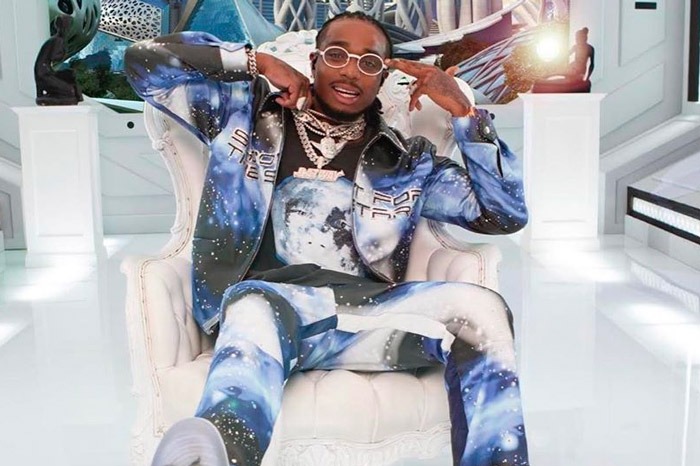 Quavo honored the legacy of Pop Smoke at the 2020 BET Hip Hop Awards. The Migos rapper performed a pair of their collaborations during Tuesday’s show.

In between footage of Pop, Quavo kicked it off with “Shake the Room” while sitting in a futuristic all white room. He continued with “Aim for the Moon” off Pop’s posthumous album Shoot for the Stars Aim for the Moon, which is currently No. 2 on the Billboard 200.

The performance ended with a tribute to the late Brooklyn rapper as “Pop Smoke Forever” was spelled out in the stars.