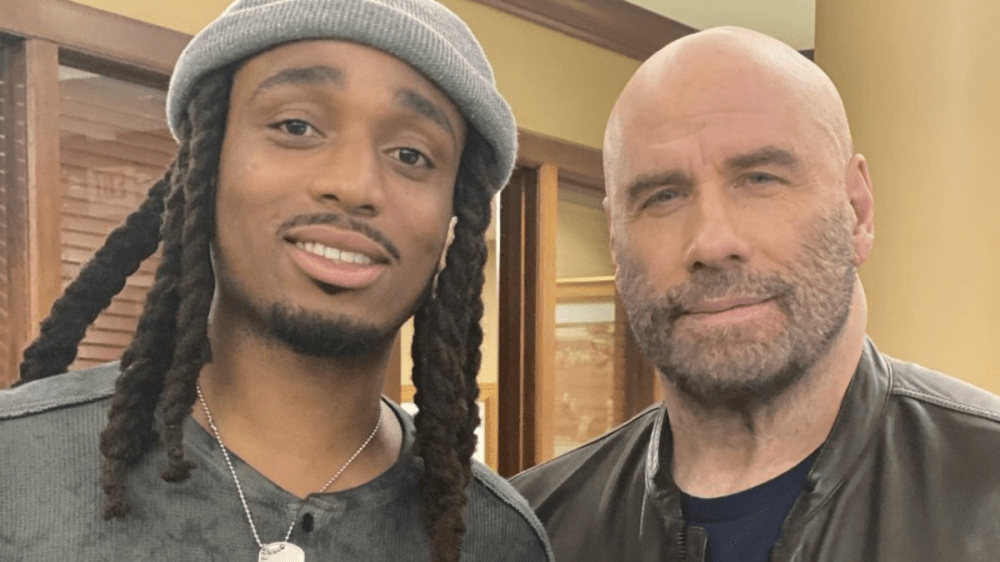 Columbus, GA – When he’s not in the booth recording new music, Quavo’s turning his attention to building up his acting résumé. While on the set of the upcoming crime-thriller Cash Out, Huncho took to social media on Monday (June 13) to share a photo of him posted up with Hollywood royalty.

Quavo was all smiles (but without his customary grill) as he posed for the camera alongside John Travolta. A second photo in his Instagram slideshow showed their names printed on their respective directing chairs next to one another.

“Huncho Travolta,” the Migos rapper captioned the post, which Tory Lanez, Ludacris and more gave their stamp of approval in the comments section.

Directed by Randall Emmett — who’s credited as a producer on 2 Guns, Lone Survivor and The Irishman — Cash Out is a bank heist thriller that’s sure to get any audience member’s adrenaline pumping.

While Quavo’s role has yet to be announced, footage recently surfaced from the movie set showing the Quality Control rapper dealing with police in various scenes.

In addition to Quavo and Travolta, Cash Out stars Kristin Davis (Sex and the City) and Noel Gugliemi (Training Day) and is currently being shot in Columbus, Georgia. A release date has yet to be announced.

Quavo, who has previously appeared in Donald Glover’s Atlanta and the hit Netflix series Narcos, is booked and busy as he’s set to star in two more movies including Wash Me in the River with Robert De Niro and Takeover.

Huncho’s Hollywood dreams haven’t supplanted his music career just yet, though; last month, Quavo introduced his and Takeoff’s new Unc & Phew side duo with “Hotel Lobby,” which was accompanied by a Fear and Loathing in Las Vegas-inspired video.

With breakup rumors abound, it’s unclear if there are plans for new Migos music anytime soon, though. Check out more clips from Cash Out below.