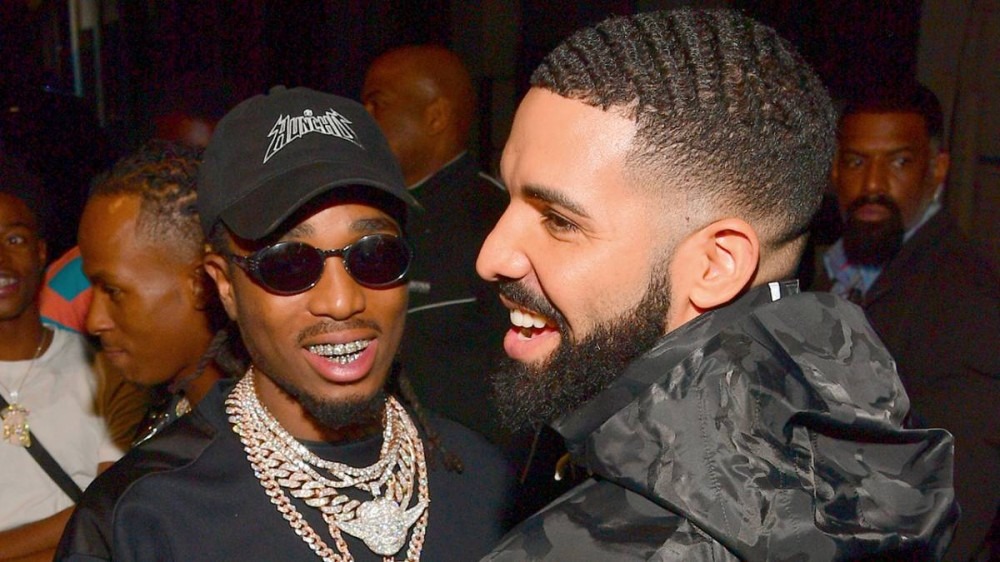 It’s no secret that Quavo is really good at basketball. The Atlanta native regularly shows off his skills on the hardwood and has even played in several NBA All-Star celebrity games. When it comes to playing other rappers, Huncho won’t back down either, and it looks like he may have found his next opponent.

On Tuesday (May 26), Quavo took to his Instagram Story and called out Drake, who’s been showing off a little bit of his skill recently. In the Migos member’s IG Story, fans can see the dread-headed rapper hitting an array of moves to break his defender and hit a jumper.

“@champagnepapi They don’t want Us At The OVO Arena So We Take 7 Footers Instead,” Quavo wrote in his Story.

The clip comes a few days after Drake posted clips of himself balling out at the OVO gym inside his multi-million dollar Toronto mansion. Most of the footage came from his Sanctuary Basketball League, where his team, NTIG, is the defending champions.

Drake is having so much fun playing basketball that he’s starting to try his hand at trick alley-oop passes. On Monday (May 23), Drizzy got in a few games and decided to hit the balcony to pass the ball to one of his friends attempting a dunk.