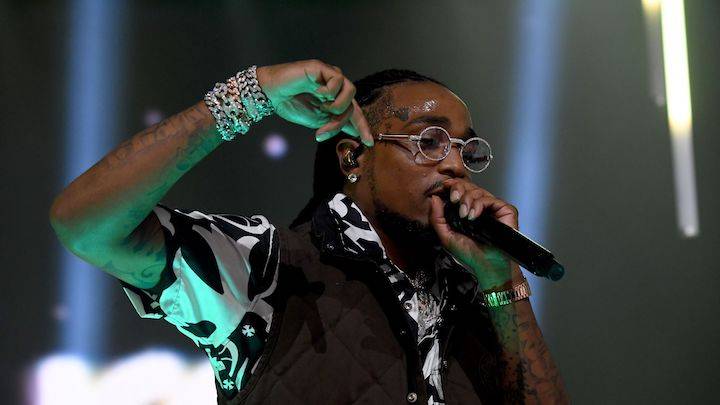 Quavo is keeping himself occupied while fans wait for the follow-up to his Quavo Huncho debut album.

After teasing fans with a possible collaboration with Post Malone, the Atlanta rapper made a visit to a certain West Coast legend to cook up something new.

“Just Left The Dr. Office,” the Migos rapper wrote on Instagram Saturday (October 3) next to a photo of him with Dr. Dre and a well lit blunt.

As a group, Migos has teased that their next album would be on the way but it wouldn’t be titled Culture III. Speaking to Lil Wayne on Young Money Radio in May, Quavo hinted that the group’s next project would have a different synergy to it.

“We just warming up,” Quavo told Wayne. “That’s a warm-up. But it will be on the album. We changing the name. We gon’ push Culture III the title back. We gon’ change the name this time.”

Quavo has remained busy during quarantine, whether it be with the Migos releasing tracks such as “Need It” with YoungBoy Never Broke Again, “Racks 2 Skinny” and “Taco Tuesday” or knocking off a few childhood goals by recording music for promotion of PlayStation’s Crash Bandicoot 4 video game.