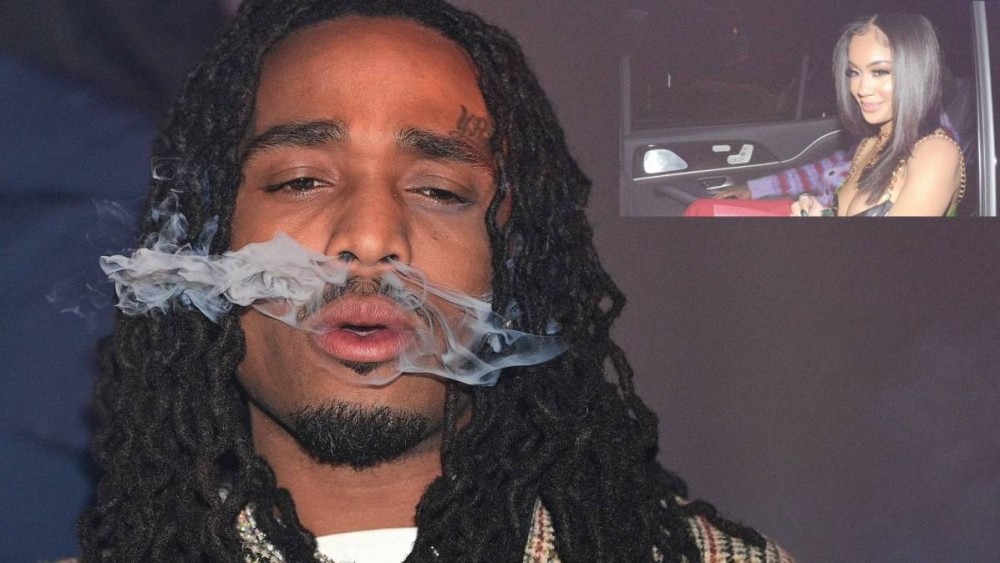 Sites such as Fox News, Wonderwall and USA Today have all run wild with the scoop despite not covering the rap star’s highest-charting single “Tap In,” which was released just less than a year ago.

But as fans and media decode the “Best Friend” rapper’s “Take Care” tweet, the Migos are actively using the moment to divert attention toward their music, which ultimately amounts to their upcoming album Culture III.

After opting to “play the game” by responding to Saweetie on Twitter, a seemingly incensed Quavo decided to reply in the studio as well.

On Saturday (March 20), he took to his Instagram Stories to share a photo of a microphone + pop filter combo, accompanied with a fuming emoji.

Quavo’s Migos brother Offset also decided to play chess with the situation by giving fans a long-awaited audio taste of the forthcoming project.

“Got my shit off the block/17 hot, trying to plot on the gwop/Fuck that, bitch I hat to go and get a knot/I was on the block, ain’t knowing about a yacht,” Offset spits in the Culture III clip he uploaded onto Instagram on Saturday. As of press time, the clip has blitzed through the one-million view mark.

Following a viral clip that featured talks about threesomes and other zesty fodder in a fireside chat with her ex-boyfriend Justin Combs, Saweetie took to Twitter on March 19 to announce her nearly three-year-old relationship with Quavo had come to a halt.

“I’m single,” Saweetie tweeted. “I’ve endured too much betrayal and hurt behind the scenes for a false narrative to be circulating that degrades my character. Presents don’t band aid scars and the love isn’t real when the intimacy is given to other women.”

In his defense, Quavo claimed he was blindsided by the news, especially considering her 1.5 million followers all shared it at the same time as him.

“I had love for you and disappointed you did all that, the Migos frontman wrote. “You are not the woman I thought you were. I wish you nothing but the best.”

No official Culture III release date has been revealed.