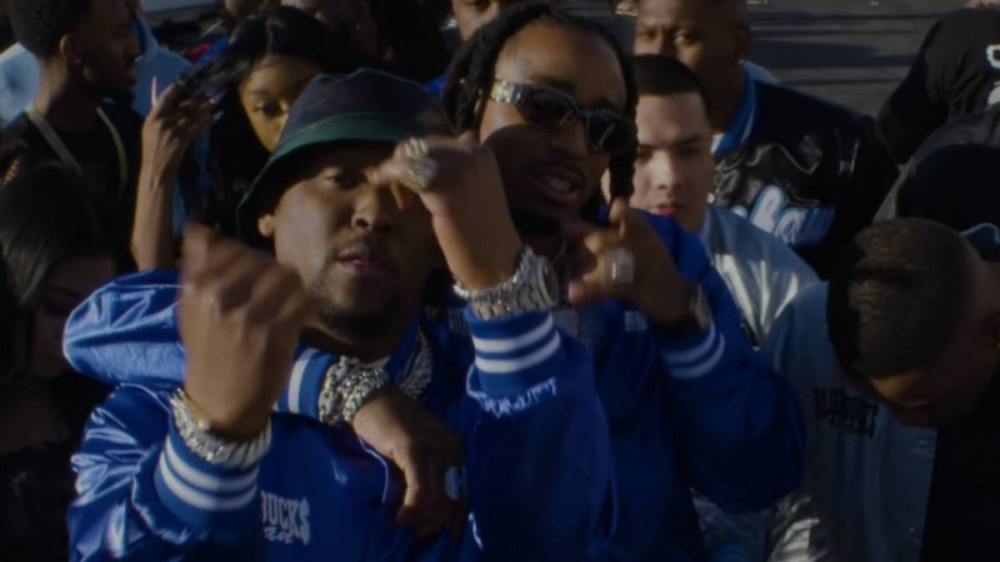 Los Angeles, CA – Alongside the release of their new tape Clan Virus 2, Los Angeles-based duo BlueBucksClan drop the visual to the Quavo-assisted “Lil League,” produced by Hit-Boy. The bikes are out and the cups are up as DJ and Jeeezy party in a parking lot with their people in the Tevo Laron-directed video.

Clan Virus 2 is the seventh project in two years for the pair and also features appearances from Lil Yachty, Bino Rideaux and Cash Kidd.

“Clan Virus 2 is gonna be the hottest shit in the streets,” Jeeezy said in a statement. “We are the new west coast.”

“We are giving the people something never seen or heard before,” DJ added.

Hit-Boy appearing on a project from some of L.A.’s hottest new talent is no surprise considering the run the multi-platinum producer has been on as of late. HipHopDx’s 2020 Producer Of The Year had quite the year even while the world was in lockdown, producing full albums with the likes of Nas, Benny The Butcher and Big Sean as well as singles for Jay Electronica and JAY-Z, Freddie Gibbs, Polo G and Juice WRLD and more.

Watch the video for “Lil League” up top and stream Clan Virus 2 below.