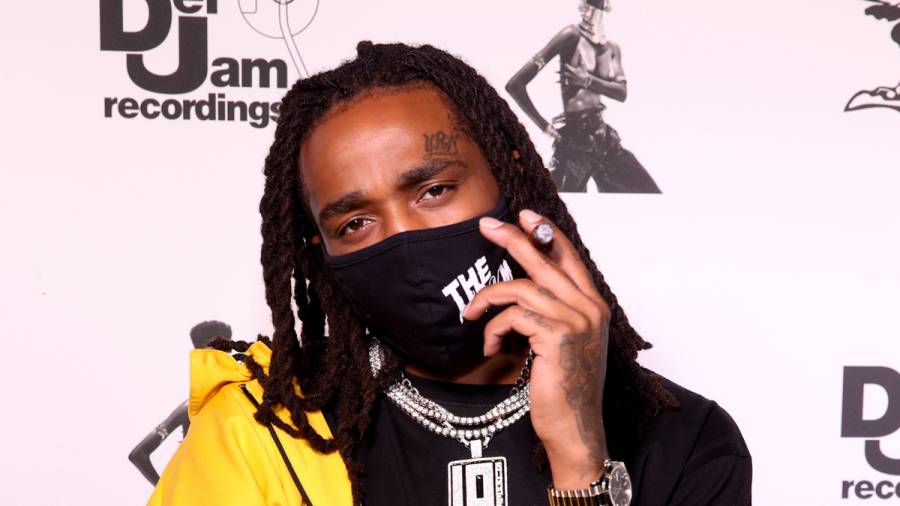 Even with fans clamoring for Culture 3, Quavo remains hard at work in the studio on his solo grind. The Migos rapper hinted at linking up with Post Malone in the studio Monday night (September 28) with a photo of a Bud Light can he posted to his Instagram story.

“U know who I’m with,” he teased while holding the beer. Nobody is more synonymous with drinking Bud Light in rap than Post Malone. He’s even signed a lucrative partnership with the beer giant.

Quavo and Posty are possibly looking to recreate the magic they found on Stoney‘s “Congratulations.” The smash hit is certified diamond by the Recording Industry Association of America (RIAA), which marks Post’s first in the elite category.

#Quavo’s in the studio with #PostMalone 🤣🍻

Posty has kept busy during the quarantine by finding other hobbies such as working on his talents as a tattoo artist. Over the weekend (September 27), a clip of him giving a buddy a tattoo went viral, as the Hollywood’s Bleeding artist inked his initials into someone’s leg.

Quavo continues to diversify his business portfolio, as he and Migos brother Offset rarely turn down an opportunity to grow their brand. On Monday (September 28), Huncho appeared in the Crash Bandicoot 4 trailer. The reprised video game is expected to drop on October 2.