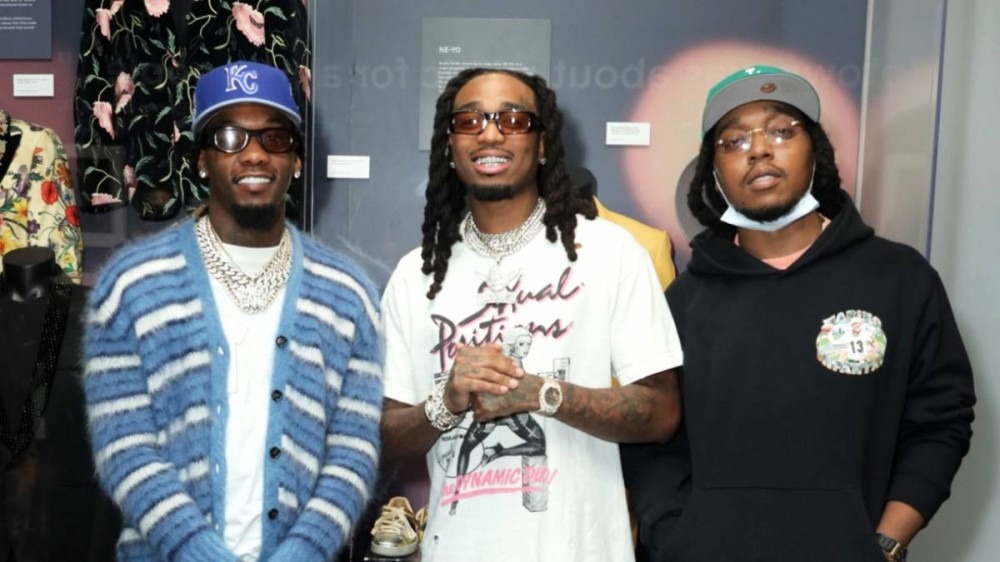 Quavo has explained in a new interview the reason why Takeoff wasn’t featured on Migos’ hit anthem “Bad & Boujee.”

Speaking to Elliott Wilson and B. Dot during the latest episode of the Rap Radar Podcast, Huncho chalked the omission up to timing and the song being a rush job.

“I just think it was just timing,” Quavo said. “We was just tryna get something out. We was actually pissed off because we ain’t have no music out a couple months before that little wave.”

He added that the group were going through litigation with their previous label 300 Entertainment at the time, and because of this they made the decision to leak “Bad & Boujee” on SoundCloud.

Quavo also admitted that he wasn’t actually supposed to be on the song either as it was originally a Lil Uzi Vert and Offset record, but he recorded his vocals at the last-minute.

“I wasn’t even finna be on it. It was gonna be Set and Uzi,” Huncho added. “I had to do my verse on some quick, fast, rush shit. It was just everybody running to the song and trying to get it done.”

Migos earned their first No. 1 hit on the Billboard Hot 100 with “Bad & Boujee” in 2017. The Lil Uzi Vert-assisted anthem spawned an array of memes in response to Takeoff’s viral, “Do it look like I was left off ‘Bad & Boujee’” response to Akademiks in June 2017.

“Bad & Boujee” was nominated for Best Rap Song at the 60th Annual Grammy Awards and the record received a shout-out from Donald Glover at the 2017 Golden Globes, who dubbed it the “best song ever.” The Metro Boomin-produced hit boasts over 800 million streams on Spotify and the video has over a billion views on YouTube.

Meanwhile, the ATL trio have been facing break-up rumors over the past few months.

Offset unfollowed the other group members on Instagram back in May. Quavo and Takeoff have recently released music together while Set is teasing a solo album and has a Baby Keem-produced single “54321” arriving on Friday (August 19).

Migos’ last album Culture 3 was released in June 2021, which debuted at No. 2 on the Billboard 200 with 130,000 total album-equivalent units sold in the first week.