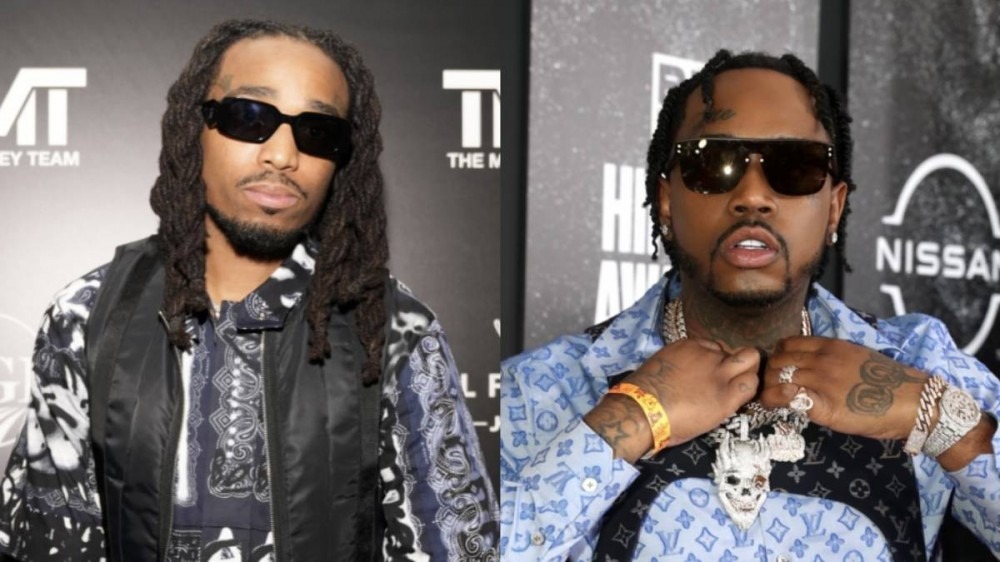 Quavo is an avid fan of New York City, and he’s close to several rappers who hail from the Big Apple, such as Bobby Shmurda, Rowdy Rebel and the late Pop Smoke. There’s a sound in the city called New York drill that’s dominating the scene, and Quavo is jumping on the wave.

On Thursday (March 3), Brooklyn rapper Fivio Foreign hopped on TikTok to give fans another snippet from his upcoming album B.I.B.L.E. The teaser finds Fivio linking up with Quavo on a New York drill beat that finds the Migos member flexing his riches on the verse.

“Bitch I’m going viral, put that on the bible/turned my shooters into snipers/Killed them on the arrival/I killed them, I killed them,” Quavo rapped on the fast-paced beat.

Fivio’s long-awaited debut album is scheduled to drop on March 25 and is allegedly executive produced by Kanye West. This isn’t the first time Quavo hopped on a record with a New York drill artist as he jumped on several songs with his late friend, Pop Smoke, including “Snitching,” “Aim For The Moon” and “Light It Up.”

During an interview with NME, Quavo revealed he has way more songs in the stash with Pop Smoke that he wants to see the light of day. According to the Migos leader, a joint album titled Huncho and The Woo was in the works but most of those songs will be released anyway.

“He was a very quick learner who always wanted to learn and soak it up,” Quavo said. “We developed a good bond. We were meant to do an album together called ‘Huncho and The Woo’.”

He added, “We’re still going to use [those songs] and drop them. We had started working on it in London with DJ Mustard.”