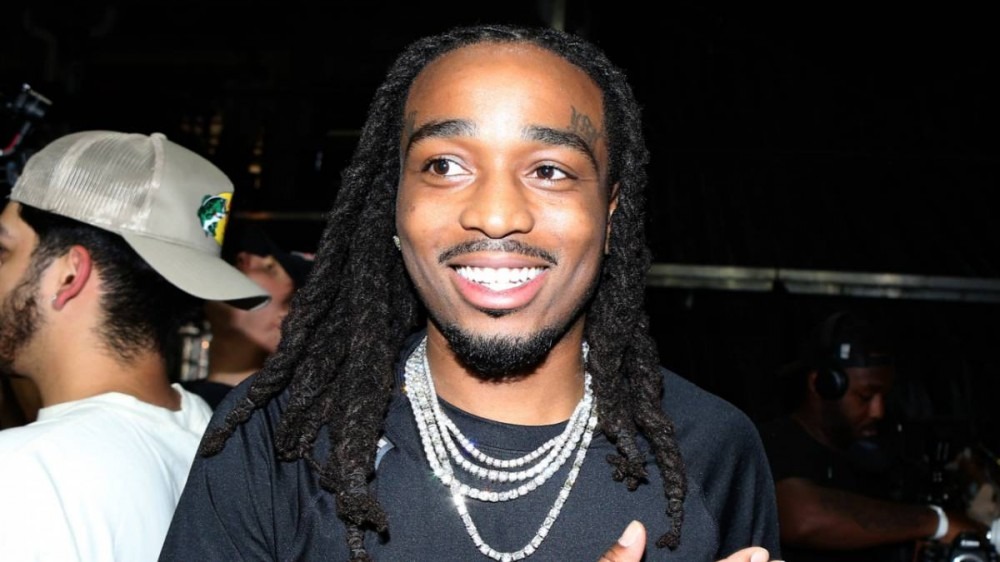 Quavo took to TikTok to give his fans a quick peek inside the life of a rap superstar, and it featured a ton of lavish amenities.

The Migos member kicked things off by showcasing his private jet and shouted out Takeoff in honor of his 28th birthday that went down on Saturday (June 18).

“What’s happening? So this how my day start,” Quavo can be heard narrating over the video. “Fresh out the movie set to the jet. Cole Bennett said he need me, Lyrical Lemonade, Chicago, damn no question I’m on my way.”

He then gifted Takeoff a sparkling new chain that features portraits of all three Migos members. Huncho and Takeoff are then seen hitting a festival stage together while in the Chi before Quavo boards the same jet to get home.

Lil Yachty had brought out the Atlanta rappers during his performance at Lyrical Lemonade’s Summer Smash on Sunday (June 19). The performance, and Quavo’s video, both come amid recent rumors that the Migos are feuding and/or not together anymore.

Speculation started to build in May after Quavo and Takeoff dropped a new single titled “Hotel Lobby” under a new moniker named “Unc & Phew.” The rap trio also began trending on Twitter after fans noticed Offset and his wife Cardi B had both unfollowed Quavo and Takeoff on social media. TMZ later asked Quavo to elaborate on the situation, but Huncho remained tight-lipped on any details.