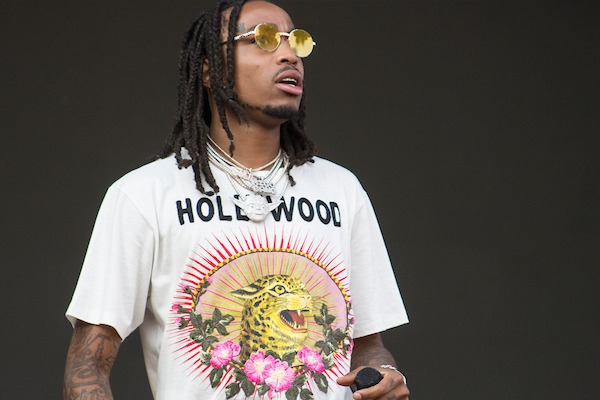 Oh my God, what happened to the Migos? On Thursday, a TMZ reporter caught up with Quavo to find answers to the rumors of a possible Migos split.

The cameraman asked Huncho, “What’s going on with the band at this point? A lot of people are concerned the band is breaking up, right? Anything you can say?”

Quvao refused to answer questions about Offset when the reporter asked. He responded by saying, “Na.” Although he didn’t put any energy towards the rumors, he did promote his new single with Takeoff, “Hotel Lobby,” which they released under the duo’s new name “Unc and Phew.” The track doesn’t feature the fellow Migos member Offset and is out now.

Speculation of a possible Migos break up came when Quavo and on Wednesday, Offset and his wife, Cardi B, were no longer following Quavo and Takeoff on Instagram. Fans also peeped that Quavo wasn’t following Offset. However, Takeoff still follows Offset and Cardi.

The reason for the fallout is still uncertain. Nobody knows what happened, and fans are searching for answers.