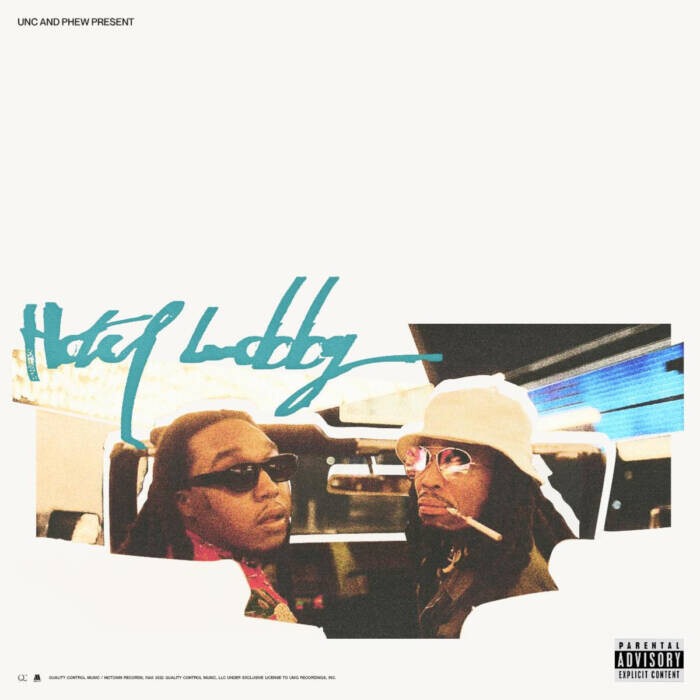 Over the years, Quavo and Takeoff have gone wild once or twice. However, they go wilder than ever on their new single and music video “Hotel Lobby”—available today via Quality Control Music Group/Motown Records.  Quavo and Takeoff reveal a woozy and wobbly banger on a whole different level.

The airy cinematic production and ominous beat set the tone as Quavo and Takeoff trade one intoxicating bar after another. Co-directed by Keemotion and Quavo, the music video serves as an insane homage to the cult classic Fear and Loathing in Las Vegas directed by Terry Gilliam and co-starring Johnny Depp and Benicio Del Toro. In the clip, Quavo and Takeoff assume the roles of Raoul Duke and Dr. Gonzo cruising through the desert with a “mobile pharmacy” before pulling up to a Las Vegas hotel and barely passing the doors to check-in. As they deliver the South’s first proper hip-hop homage to the late Hunter S. Thompson, all kinds of psychedelic, tripped-out trap madness follow. It’s unlike anything either of these two multiplatinum GRAMMY® Award-nominated superstars has done either solo or as part of Migos!

It also paves the way for more music to come.

Takeoff recently dropped off “Crypto” with Rich The Kid. It has already amassed over 6.5 million Spotify streams and 4.7 million YouTube views on the music video.

Meanwhile, Quavo served up the intense “Shooters Inside My Crib.” It posted up to 6 million Spotify streams and 6.6 million YouTube views on the music video.

Not to mention, he joined NBA2K22 as a playable character and will star in a new action-thriller Takeover.

Be on the lookout for more soon!