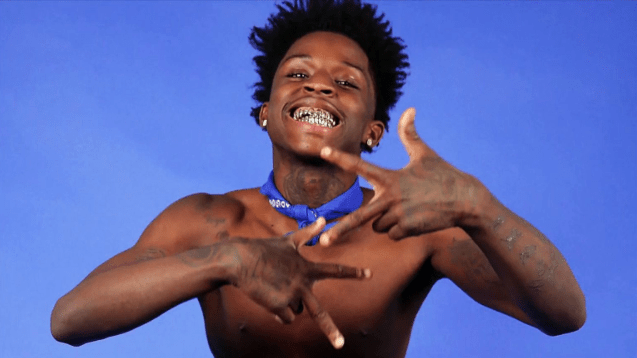 Savannah, GA native Quando Rondo is putting down his blue flag and disavowing his allegiance to the Rollin 60s Crips after his friend Lul Pab was murdered in a shooting last month in which he was the intended target.

Rondo admitted that the gang life brought too much chaos in his life and wanted to just focus on himself and his family.

“It’s time for me to spend time to myself and free myself from a lot of people,” he wrote on his IG story. “My Main Manz Gone & a lot more shit I’m cool on alot of shit if I feel like you not with me it’s no reason for me To be holding on to you no need to shake your hand or fake some with you ! I’m Living Life How I wanna live life whatever I wanna do ima do it you gone either gone get with it or get lost.”

He continued to discuss his departure from gang life, saying that he’s not getting jumped out because his set never had any real loyalty to him.

“I’m my own man I layed my flag down I’m not NH yall ain’t gone ride for a n-gga foreal it’s no sense being apart of yall shit y’all fw the opposition,” he wrote. “Idgaf who feel hit Fucc u and if you can’t feel where I’m coming from on this you a bitch ass n-gga cuz it don’t take rocket science to c what the fuck going on errbody all ready hate me.”

Rondo continued, “I ain’t tripping on the extra hate I’m bout to focus on my family the ones who gone really drop a tear if I die !!!!!”

Rondo then addressed those who didn’t agree with his controversial decision, saying that the people trying to judge his decisions aren’t even on his level.

“Before you go to talking about another n-gga sit bacc and think like I don’t even got 200 bandz cuz you need way more than that to stand with me! Y’all n-ggas still think 20k is up. I can careless what somebody think get in my way and ima knocc you down simple NO CAP.”

Quando’s decision comes after being blamed in the the shooting death of King Von almost two years ago and most recently, watching his friend 23-year-old Lul Pab die in a drive by in Los Angeles in which it is believed he was the target of the assassins.