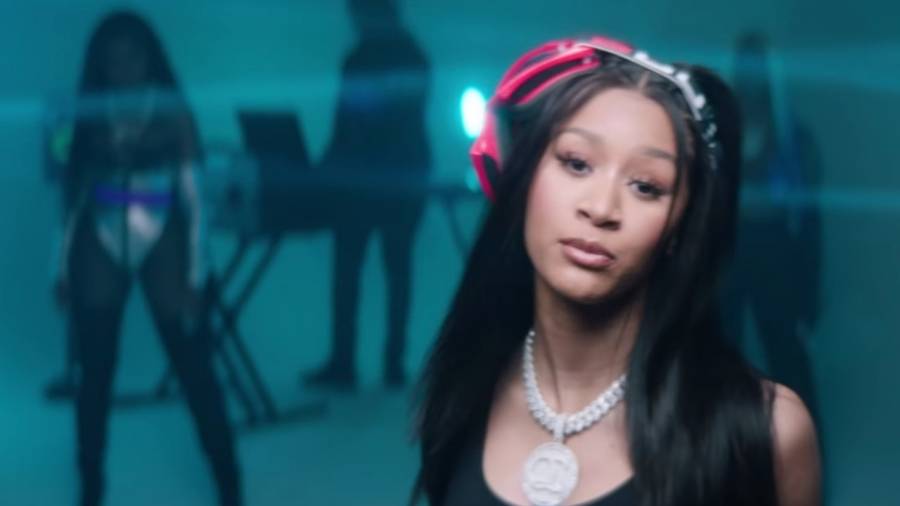 Atlanta, GA – As if being anointed by Quality Control Music as the next female MC to pop-off, Lakeyah effectively receives yet another heavily-weighted seal of approval with the co-sign from her labelmates the City Girls in the visual for her stature-declaring single “Female Goat.”

Following the toxic short for “Windows,” her Jasmine Sullivan-sampling record about bad relationships, the Milwaukee native brings out the bikes and her hardest bars in the “Female Goat,” video as she sounds off, “They like Lakeyah why they sleeping on you so hard?/Don’t give a fuck I’m bout to jump back in my Goyard.”

In support of her debut Times Up mixtape, Lakeyah also dropped the flashy video for her drill-leaning street anthem “Big FlexHER,” featuring 42 Dugg back in October.

Though the track marks the first collaboration between Lakeyah and the City Girls, the chemistry she maintains with the City On Lock rappers while trading lyrical jabs back and forth proves the viral moment she created with her “First Day Out” freestyle challenge was no fluke. In her recent interview with HipHopDX, the 19-year-old described the moment she was discovered by QC’s CEO Pierre “Pee” Thomas after he reposted her freestyle.

“He asked me if I’m signed, and asked for my number,” Lakeyah recants.

“I gave him my number really fast and I told him no. And he called me and asked me to send him some music. So I sent him some songs and not even two minutes later, he called me back like, ‘I want to sign you.’”

Watch the full video for “Female Goats” above and also tap into Lakeyah’s 10-track Times Up mixtape below.