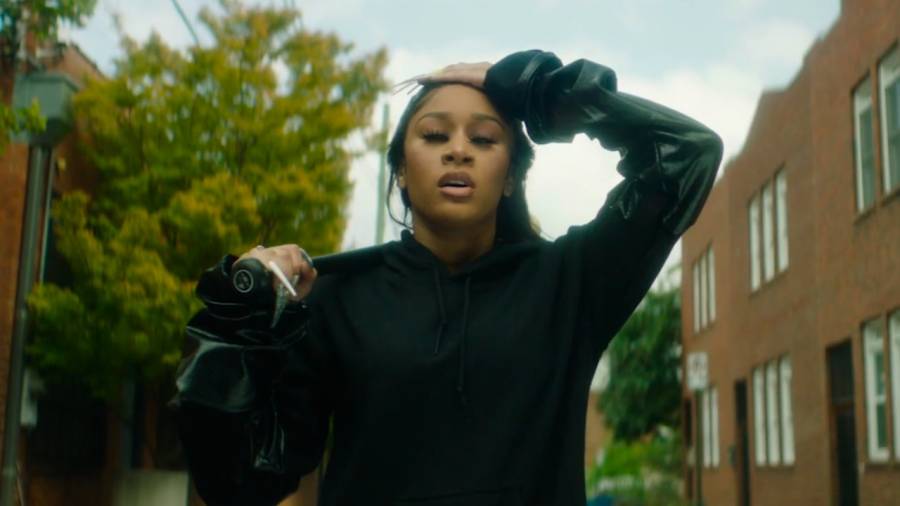 Sampling Sullivan’s 2008 Grammy-nominated hit “Bust Your Windows,” the 19-year-old raps about a love gone wrong on her follow-up single to the 42 Dugg-featured “Big FlexHER.” The latter has garnered over one million YouTube views since its release in October.

Talking to HipHopDX last month, the Milwaukee native explained how her signing to the label home to Migos, Lil Yachty, Lil Baby, City Girls and more came about.

“I got up really early, which is rare for me, right as Pee DM-ed me,” Lakeyah said. “I tell my girlfriend like, ‘Pee is DM-ing me,’ and she like, ‘You’re lying,’ because I always be playing like that. I’ve been playing like that since January. Just manifesting. I’m big on that [manifesting], because seems like everything I’ve been saying have been coming true.

“He asked me if I’m signed, and asked for my number. I gave him my number really fast and I told him no. And he called me and asked me to send him some music. So I sent him some songs and not even two minutes later, he called me back like, ‘I want to sign you.’”

Now the rest is history as the singer/rapper/songwriter is primed to be the label’s next big star.

Watch the video to Lakeyah’s “Windows” up top.