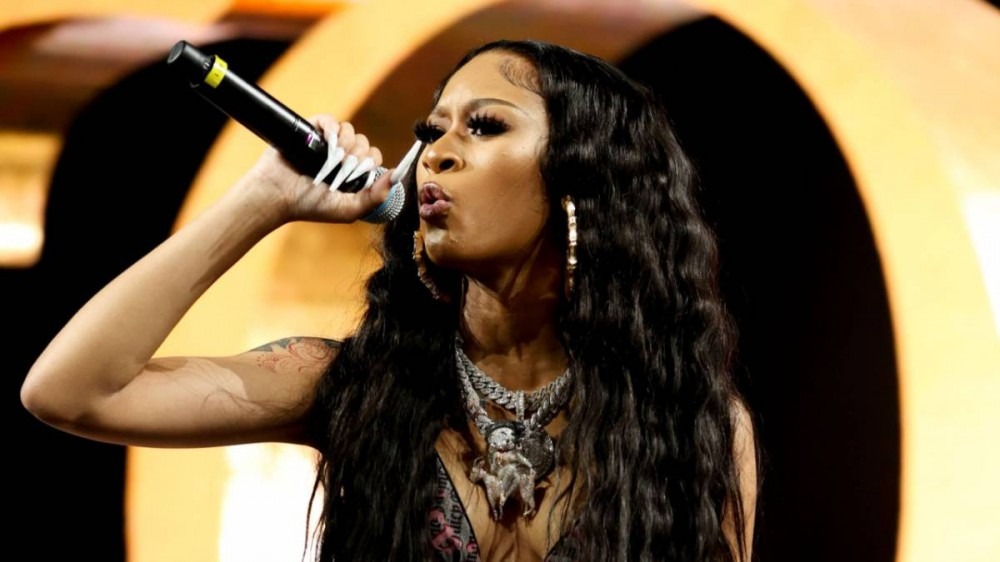 DJ Drama‘s iconic Gangsta Grillz series has made a strong comeback in 2021 thanks to Tyler, The Creator’s chart-topping CALL ME IF YOU LOST ME and Fat Joe’s What Would Big Do 2021. There’s even been talk of adding De La Soul to the storied street rap franchise, which has spawned fan-favorite releases from Lil Wayne, Jeezy, Gucci Mane, Meek Mill, 2 Chainz and many more.

Next up to the Gangsta Grillz plate is Quality Control newcomer Lakeyah. Looking to seize her moment in the spotlight, the Milwaukee rapper/singer has announced her new mixtape My Time, hosted by DJ Drama. The project is due out on September 24.

Along with Drama in his familiar role as mixtape host/ad-lib king, the project will feature appearances from Moneybagg Yo, Tyga, OG Parker and Bankroll Freddie. There’s also a Midwestern duet with Tee Grizzley on “313-414,” which Lakeyah has unleashed a week early to whet fans’ appetites in anticipation of the project’s arrival.

A nod to their respective hometowns of Milwaukee (414) and Detroit (313), the chest-thumping, Reuel-produced track finds Lakeyah and Tee Grizzley shutting down the haters. While it may be their first collaboration, the duo’s chemistry is immediate as they trade bars throughout the track and even pull off a slick call-and-response routine.

“How was motherfuckers actin’ when they heard you got a deal?” Grizzley asks, before Lakeyah replies, “Man, I heard I had them bum-broke bitches in they feels.” Despite hinting that her next project will be a return to her R&B roots, it appears My Time will be all about the bars.

My Time will serve as Lakeyah’s second full-length release this year following In Due Time, which dropped back in April. The 19-year-old rapper/singer signed to Quality Control — the Atlanta powerhouse behind Migos, Lil Baby and Lil Yachty — in 2020 after her “First Day Out” freestyle caught the attention of label CEO Pierre “Pee” Thomas.

Listen to “313-414” above and check out the tracklist for Lakeyah’s My Time below.