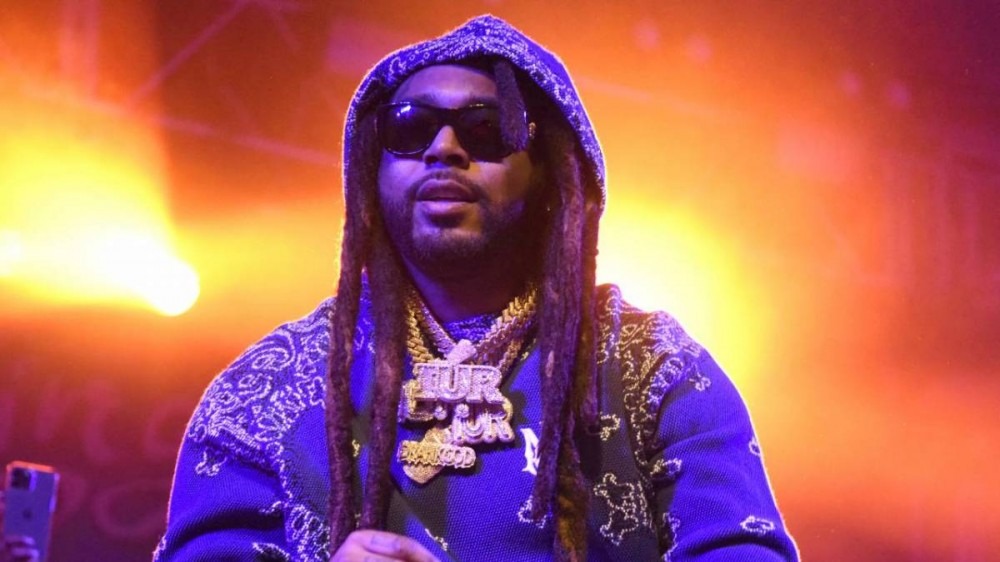 Over the weekend, the Detroit rhymer claimed to be the first rapper ever to record music in a Rolls Royce after setting up a make-shift studio in the backseat.

“Recorded 3 songs in the back of my Ghost last night I’m the First rapper to record a mixtape in a Rolls Royce,” Vezzo wrote before instructing viewers to head to his YouTube page for the full clip.

G Herbo, E-40 and even Soulja Boy himself stepped into the comment section lending their stamp of approval to the Quality Control artist’s grind.

“I’m really doing a whole mixtape,” he added. “I know for a fact I’m the first rapper to record in the back of a Ghost. I ain’t tryna hear none of that shit.”

The mixtape he’s most likely referring to is his upcoming Gangsta Grillz tape with DJ Drama, which the pair officially announced in August.

“@DJDRAMA we mines let ’em know ! We boutta take it bacc to that 06 grind every hood in America gone be on repeat let’s get it ! Dj Drama x Vezzo #GangstaGrills Coming soon,” Vezzo wrote on Twitter.

It’s been a busy summer for Icewear Vezzo as he looks to take his emerging career to another level. The Detroit native pledged his allegiance to Quality Control Records in August when he was gifted a QC chain at the Toronto, Canada stop on Lil Baby and Chris Brown’s One Of Them Ones tour.

A clip from the concert showed Quality Control CEO Pierre “P” Thomas arriving on stage with the gift in his hands, announcing Vezzo had just signed a deal with the powerhouse label.

Vezzo received a rapturous reception from the crowd as he joined Thomas on stage for the announcement and proudly held up his QC chain.

“Help us welcome Detroit’s Very Own @Icewear_Vezzo to #QCTheLabel! Welcome to the family Let’s Run It Up,” the label wrote on Instagram, while Vezzo added, “Let’s get it @qcmceo_p boutta turn this shit up to the max #QC x IUR. #WeAreTheCulture.”