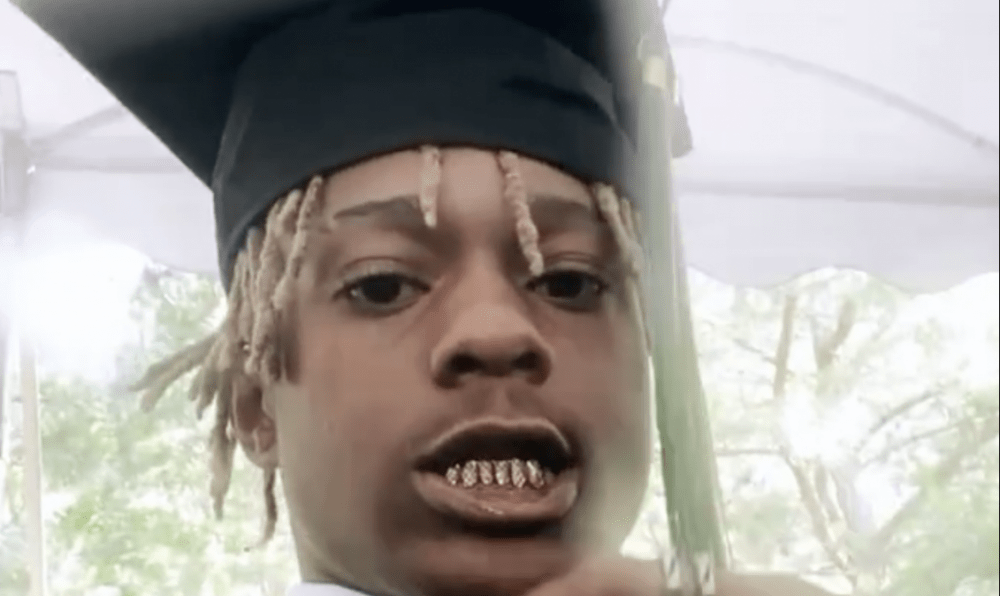 Metro Marrs made it rain $10,000 worth of bills at his high school graduation in May, which resulted in him being detained and escorted out by police, but the Quality Control rapper is looking to parlay his stunt into doing something positive for his Atlanta community.

“We are going to be giving out like a scholarship called the 10K rainy day fund scholarship, it’s basically we’re going to give $10,000 to the valedictorian and salutatorian,” he said to Fox5.

He reportedly got detained after “for inciting a riot and disorderly conduct.”

The Loner Foundation’s scholarship fund will extend outside Atlanta and throughout Georgia so that students at more than his alma mater Langston Hughes High — where fellow rappers Gunna and Playboi Carti graduated from — can have the chance to reap the financial benefits.

“Each class throughout all the schools, throughout Atlanta, Georgia, throughout the states, like bigger and bigger like no cap,” Metro Marrs continued.

To keep the trend of giving alive, Metro Marrs told TMZ that he plans on throwing $20,000 at his brother’s graduation come next spring.

The 18-year-old blew up in 2020 with his “Bye Felicia” single and joined the star-studded roster over at Quality Control Records under the tutelage of executives Pierre “Pee” Thomas and Kevin “Coach K” Lee.

“With the national pandemic a lot of people have been impacted financially, and school is not free,” South Fulton City Councilmember Helen Willis added. “So I commend him for wanting to get back in that way.”