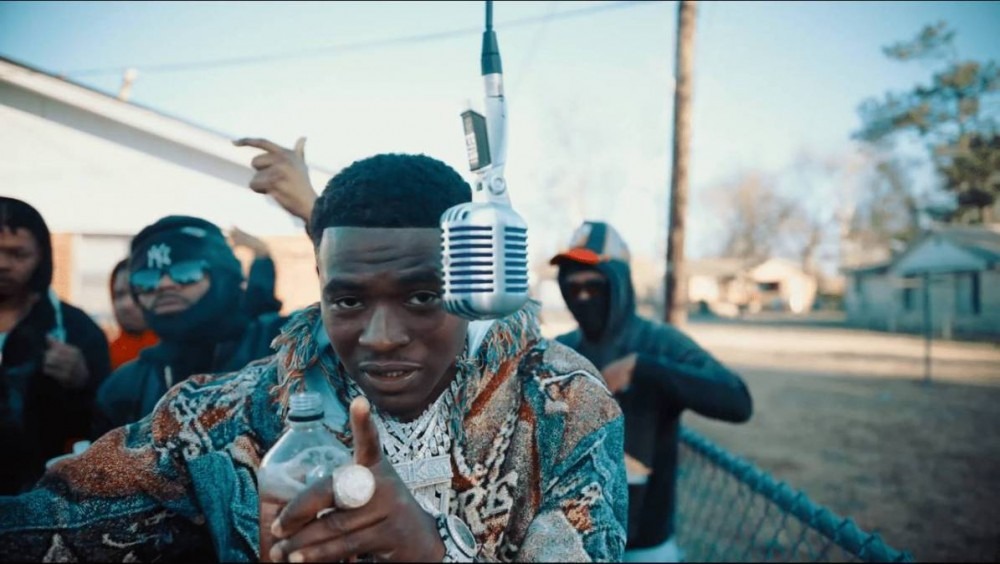 Bankroll Freddie has given his latest single “BROKE ASF” the visual treatment. The Quality Control signee returned with a minimalist video on Tuesday (March 22) that features him standing in front of a dangling microphone, flexing stacks of cash and sipping on lean as he spits bars about his tumultuous come up while his entourage vibes behind him.

While it’s unclear if the release of “BROKE ASF” means a new project is incoming, the Arkansas lyricist previously dropped off Big Bank in 2021, which featured appearances from EST Gee, Megan Thee Stallion, Gucci Mane, 2 Chainz, PnB Rock, Young Scooter and included a verse from the late Young Dolph.

Bankroll was reportedly close with the late Memphis legend. The pair were supposed to film a music video together the weekend after he died, and Bankroll took to Instagram after his murder to express his grief.

“Bruh we suppose to be shooting our video this weekend,” Bankroll Freddie wrote on his Instagram Story. “I can’t believe this shit bruh.”

He followed up his dismay with another post on his Instagram Story that showed him and Young Dolph hanging out.

Bankroll himself was actually a recent victim of gun violence as well. Last May, he was shot in the face, and while details surrounding the ordeal were scarce, the 27-year-old rapper took to his Instagram a few days later to confirm he was good nonetheless.

“I’m good,” Freddie captioned an Instagram Story post of himself, which showcased a modest wound underneath his chin.

Check out the video for “BROKE ASF” below.