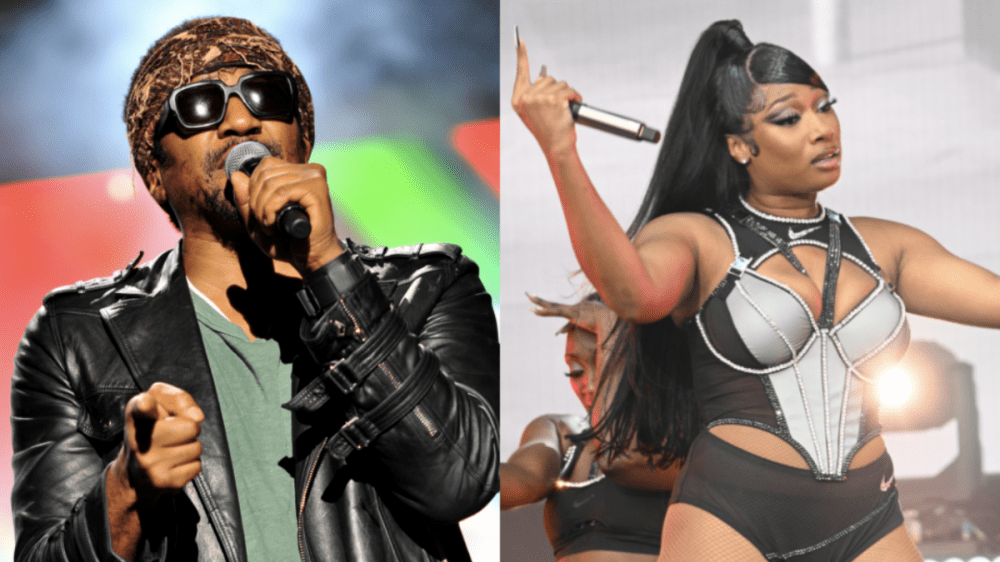 Prior to Megan Thee Stallion becoming a rap powerhouse dominating the charts, she was an unknown rhymer from Houston looking to make a name for herself. One of her early videos caught the eye of A Tribe Called Quest’s Q-Tip, which led to The Abstract inviting Meg to NYC to have her meet with various labels in 2018.

Riding round w/ QTIP and my mom bumping max b in NYC 🍎🔥 pic.twitter.com/iKUoxBjeq1

Even with Q-Tip’s co-sign and having an insignia deal with Columbia himself, both Columbia Records and Def Jam Records didn’t have much interest in signing her for varying reasons, including video analytics and social media data.

“The head of the company wasn’t there, Ron Perry, I guess he was detained, but we took the meeting anyways,” he explained during a recent episode of Math Hoffa’s My Expert Opinion. “We sit at the meeting, it’s great. The dude comes back, ‘We saw the views, she’s good, we saw the views and everything, it was whatever. We could give her like $30,000.’ Just say you don’t wanna fucking sign her, B. Don’t fucking embarrass me like that.”

WAIT. HOLLUP. @QtipTheAbstract, a GIANT in hip hop, not only cosigned @theestallion, but he was actively trying to get labels to sign her…AND THEY PASSED…because of her social media stats???

The New York City legend was appalled that his co-sign didn’t work to push a deal through with a track record of previous co-signs that included J Dilla, Nas, and Redman.

“I was like, ‘I can’t do it.’ I guess the co-sign is not working anymore,” Q-Tip admitted. “The co-sign is kinda flimsy now because they rely on data.”

Q-Tip should defo talk his ish about knowing Meg would blow. I'm sure those label execs are so sick. He had the vision. pic.twitter.com/YWEt5On97H

Three years later, Megan Thee Stallion has blossomed into a rap titan and is one of the biggest names in mainstream Hip Hop. Her decorated résumé also boasts three Grammy Award victories and a pair of Billboard Hot 100 No. 1 hits to her name.

Of course, Q-Tip had high hopes for the Houston Hottie and he shoves her success in the faces of Columbia’s label heads whenever he gets the chance.

“N-gga, you know I give them the fucking blues all the time,” he joked. “I be sending the n-gga Ron Perry shit of her on the cover of shit, Grammy’d-out shit. I’m always hitting ’em with that.”

On the record label side, Meg continued her deal with 1501 Certified Entertainment, which she’s publicly criticized and is currently trying to get out of, along with signing to 300 Ent. and now has enlisted Roc Nation for her management side of ventures.