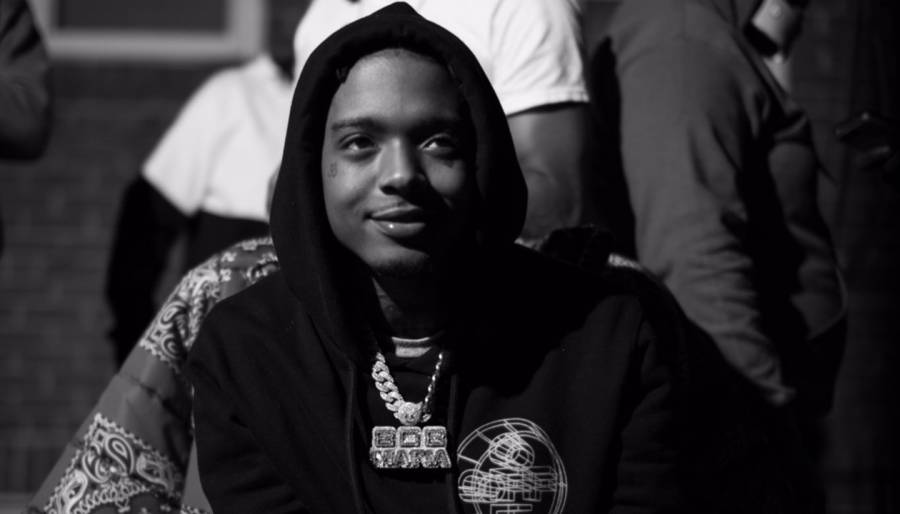 Los Angeles, CA – Though he produced several hit records in 2019, including DaBaby’s standout Baby on Baby viral track “Pony,” Baltimore-bred multi-hyphenate Pyrex still needed some coaxing in order to muster up the courage to fire off his debut project Blood On The Hills.

In a new exclusive interview with HipHopDX, the burgeoning producer laid out the timeline of the events, leading up to a private studio session with Future and 808 Mafia boss Southside that gave him the push he needed.

According to Pyrex, it all began with Southside’s early investment in his artistry — considering he has been working with him since he was in Highschool when the producer was working on his 2018 Trap Ye Season 2 project. However, he remarks their creative relationship changed for the better this year with their creation of his track “Chemist.”

“It all started with ‘Chemist,’ he explained, speaking on the album’s melodic first single. “That was the first song we did.”

“And once I did ‘Chemist,’ we was all in the studio and I just did it,” he explains. And after that he [Southside] was just like, ‘My little bro, you gotta keep going with this.’ So that was really — after he told me, you got to keep going with this and being in the studio with him and having him cooked up beats for me, it was a whole different vibe from me making beats with him. Cause it was like, it kind of made me want to go 10x’s harder than if I were to rap on my own beat. Because like, I got this legend working with me it was like creating in a whole different element.”

Pyrex goes on to say that even though he and Southside were creating at a high level together, it was really the combination of the “Yessirski” producer’s belief in him and will to force his hand that resulted in his decision to release the music altogether.

“Southside played a big role, played a huge role, in me actually putting any type of music out. I wasn’t going to put no music out if it wasn’t for him. Like big shout out to Southside for having my back and believe in me more than anybody else. That’s one big thing that played a part of it all — having that support system. I believe it was one day was in the studio with Southside and Future and Southside played my music for him — and the way this nigga future looked at me, it just made me believe in myself more than anything. Because I really look up to him more than anybody, as far as when it comes to music because he’s so versatile. And that’s how I feel like wanted to be able to hit them heavy from any different direction.”

Blood On The Hills functions as Pyrex’s artist debut via the 808 Mafia imprint and features guest verses from G Herbo and Sheck Wes. Stream the project in full below and stay tuned for part two of our interview for details on how the Jackboy delivered the ultimate last-minute blessing on the project.