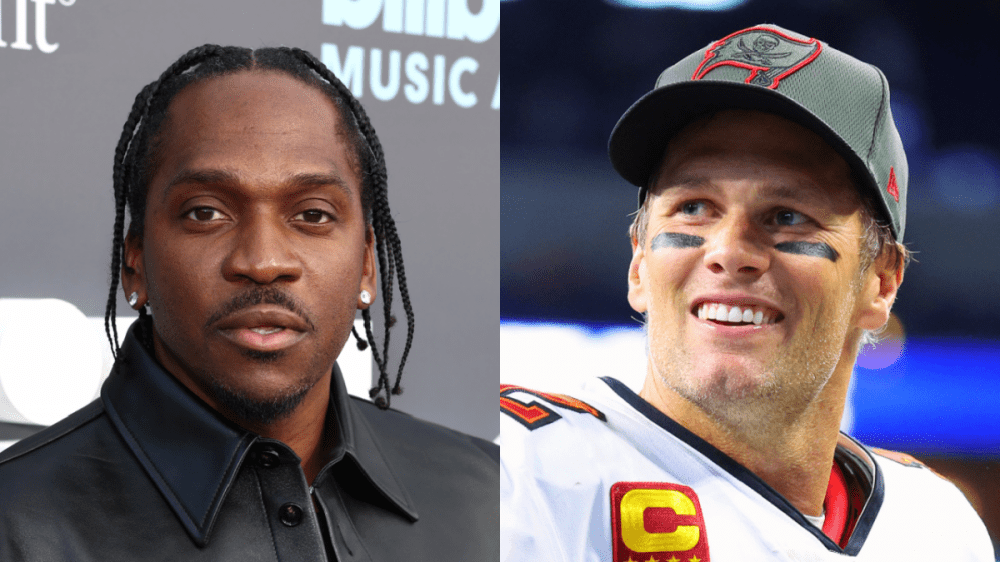 Pusha T has claimed he has the album of the year yet again with his latest release, It’s Almost Dry, but he isn’t the only one who thinks so.

On Tuesday (June 21), seven-time Super Bowl champion Tom Brady jumped on Twitter to promote his new line of BRADY performance t-shirts with a video of him jogging through the New York City streets.

Soundtracking Brady’s workout was Pusha T’s It’s Almost Dry track “Dreamin of the Past,” which features Kanye West. The Virginia Beach rapper saw the clip and retweeted it with a caption sharing his excitement.

“Wow, @TomBrady really listening to the rap album of the year!!! #ItsAlmostDry #DreamingOfThePast !! Check him out…,” Pusha tweeted, to which TB replied, “Album of the year! @PUSHA_T.”

Wow, @TomBrady really listening to the rap album of the year!!! #ItsAlmostDry #DreamingOfThePast !! Check him out… https://t.co/gc5tJFycPG

King Push continued the back-and-forth by sharing a screenshot of Brady’s lofty praise on Instagram along with the caption, “BRADY SAID WHAT HE SAID!! @tombrady #ItsAlmostDry #RAOTY.”

This isn’t the first time Tom Brady has shown his rap fandom. In April, the future NFL Hall of Famer made a TikTok video with Jack Harlow’s No. 1 single “First Class,” which racked up over 11 million views. Before that, TB trolled the Chicago Bears after defeated them 38-3 by posting a video with Chief Keef’s “Love Sosa” playing in the background.

Pusha T, on the other hand, has been on an album of the year campaign with his latest solo project, It’s Almost Dry. The rapper is currently on tour and has been sharing footage from various stops on the 12-city trek showing fans going nuts for his coke raps.

It’s Almost Dry debuted at No. 1 on the Billboard 200 in April after moving 55,000 album-equivalent units in its first week. It was Pusha’s third top five effort following 2013’s My Name Is My Name and 2018’s DAYTONA.