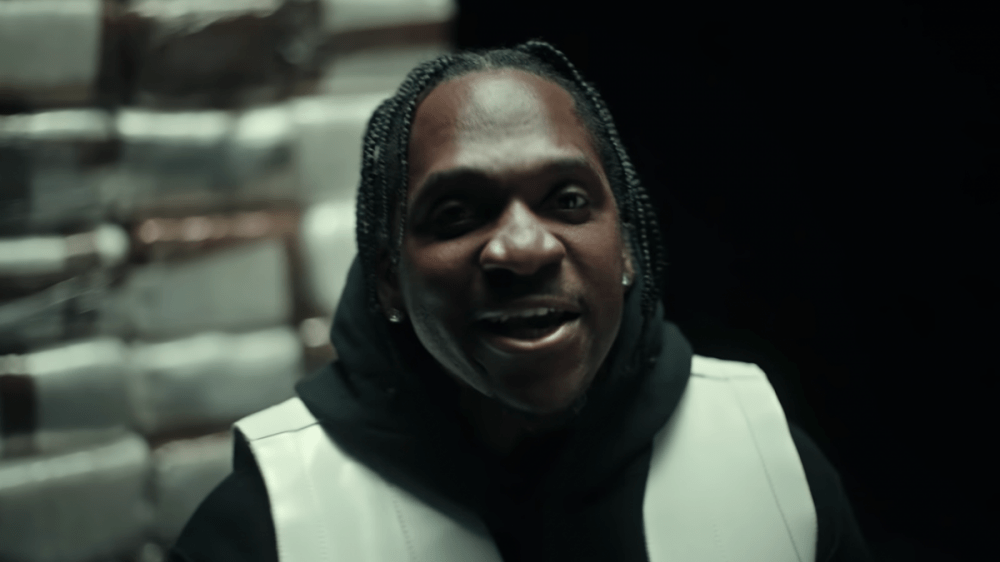 Pusha T season is in full effect as the Clipse rapper has been in the public eye a lot more of late. On top of his long-awaited DAYTONA follow-up titled It’s Amost Dry, the “Diet Coke” rapper dropped a few verses on Japanese fashion designer NIGO’s new album I Know NIGO! and one of those songs just got a visual treatment.

On Wednesday (March 30), Pusha T and NIGO dropped the official music video for “Hear Me Clearly.” The Hidji-directed visual finds Pusha T in various scenes such as a construction site, an office with strippers wearing angel wings, a warehouse and more. “Hear Me Clearly” is produced by BoogzDaBeast, Luca Starz, ThaMyind, and Kanye West.

The clip comes just a few days after NIGO dropped another music video for the Lil Uzi Vert-assisted “Heavy.” In that clip, NIGO hit up a jewelry store with Uzi and A$AP Rocky as they all tried on various diamond-encrusted pieces. So far, NIGO has released five different visuals for his album, with no sign of stopping anytime soon.

While his fans revel in all the bars he’s spitting on NIGO’s album, Pusha T has something incredible in store for his fans with his new album. On March 22 Charlamagne Tha God gave his two cents on Pusha’s forthcoming album, which he thinks is the rapper’s best project to date.

“That new Pusha T album, I don’t know when it’s coming out, but I’ve been blessed to hear it,” he said. “All I’m a say is absolutely Pusha’s best body of work, and I’m a leave it at that. I don’t want to put too much sauce on it.”