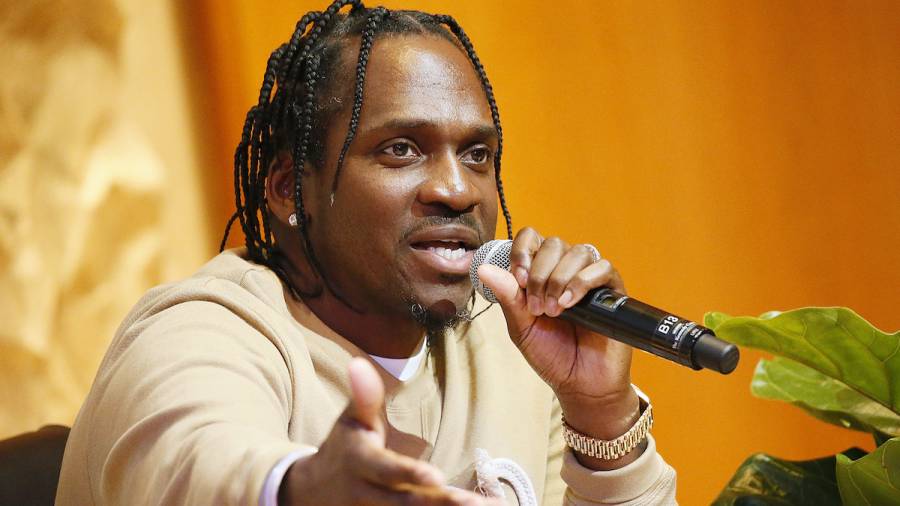 The album will boast 12 tracks in total and before taking it across the finish line, Pusha T plans to lock in with G.O.O.D. Music founder Kanye West for another session and get his stamp of approval.

Pusha T says his new album is nearly complete, will be 12 tracks long.

The G.O.O.D. Music president has high expectations for his album, expecting it to be the best of the year when it’s all set and done.

“I’m going to have the best album that drops in 2021 for sure,” Pusha declared.

There still isn’t a firm release date for the effort, but Pusha promised to deliver this year. DAYTONA was produced by Kanye and kicked off G.O.O.D. Music’s summer run in May of 2018. Pusha T received a Grammy nomination in the Best Rap Album category for his third LP but lost out to Cardi B’s Invasion of Privacy.

Earlier this month, Pusha T hit the studio with longtime collaborator Pharrell where he was all smiles working with his close friend of more than two decades.

“If kilograms is the proof, I done sold the Golden Goose,” he wrote. “I got em baby I’m Jim Purdue, Cocaine’s Dr. Seuss – Self. The Difference Is…”