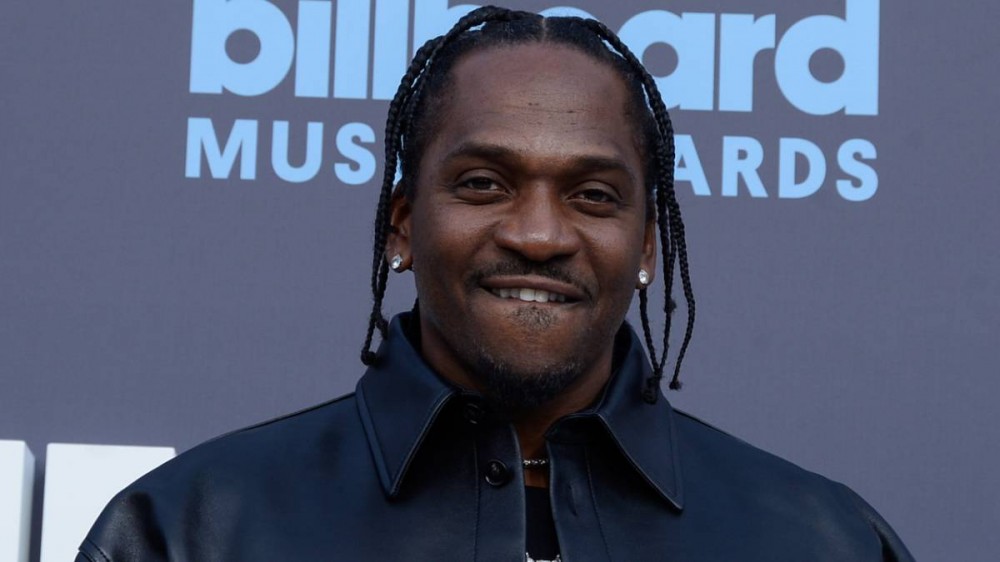 Pusha T celebrated his four-year wedding anniversary this week, and he marked the occasion by lacing his wife with a timepiece worth talking about.

In a video shared to social media, Virginia Thornton can be seen lying on a bed unwrapping a box and then unzipping it. When she relizes it’s a Richard Mille watch, she can barely contain her excitement.

“Babe, have you lost your mind?!” Thornton exclaims while unwrapping the watch. “What?! That’s so hard!”

The couple celebrated their anniversary on Thursday (July 21).

The Virginia rapper said “I do” to the former Virginia Williams in 2018 at a star-studded wedding in Virginia Beach. The date of 7/21 is significant for the couple. Speaking to Brides, Thornton explained why it meant so much to the two of them.

“For whatever reason I see the number 721 almost everyday in crazy places,” she said. “On 7/21/16 Terrence had me believing he was in LA, but popped up at our home in Bethesda. He told me to meet him on our rooftop terrace…when I did he was on one knee and asked me to marry him at 7:21 pm! I said yes!”

“These are my houses, aka my watches,” Quavo told GQ in an on-camera interview. “I feel like they’re real estate, and I got to have them with me, and I can’t go nowhere without a few Plain Janes on me. They kind of like real estate. These are like mini houses that just go up in value. I don’t buy bust downs no more because it don’t make any sense.”

Still, not everyone is giving up gaudy jewelery. Earlier this week, Dipset members Jim Jones and Juelz Santana both visited Mazza and came away with iced out diamond chains and pieces.

Santana himself was overjoyed with his new jewels, proclaiming the diamond-encrusted pendant of his I Can’t Feel My Face mascot was the “hardest piece in the game” while Jones purchased a door knocker pendant in honor of he and Maino’s Lobby Boyz project.