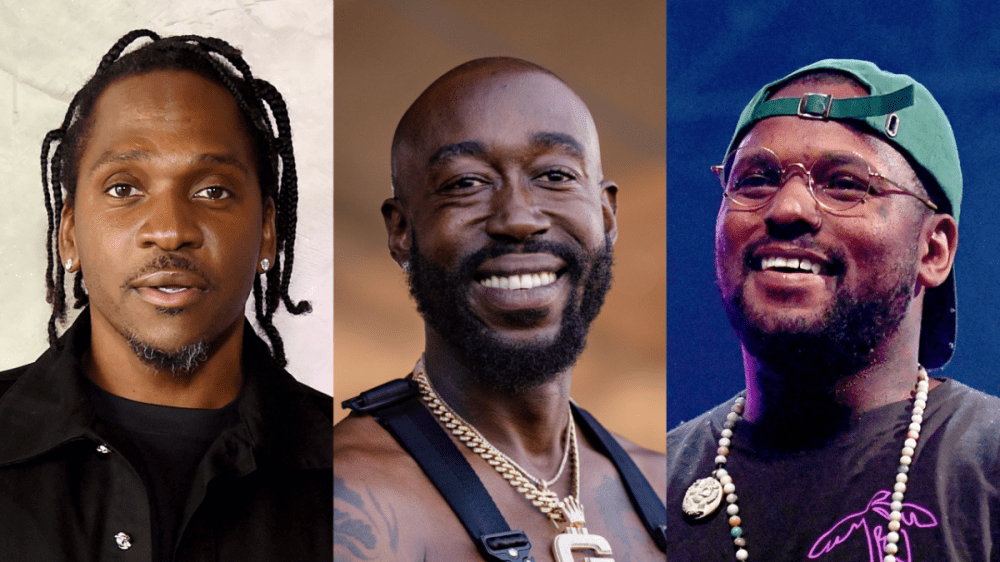 As part of an overhaul to its tracklist, Radio Los Santos — the contemporary rap radio station hosted by Big Boy — will feature a slew of new songs including a Freddie Gibbs, Pusha T and Kevin Cossom collaboration called “Miami Vice,” a Gibbs and Juicy J track called “Pick the Phone Up” and an Offset and Mike Dean effort titled “So Fancy.”

Coming to GTA Online: a new station from ROSALÍA x Arca, station updates from Big Boy and DJ Pooh, and much more.

Plus exclusive new music from Dr. Dre, ScHoolboy Q, Freddie Gibbs, and more as part of The Contract: https://t.co/RJ9Pj3VH8X pic.twitter.com/fOWX64oqdD

There’ll also be a new ScHoolboy Q song called “Let’s Get It,” produced by Nez (one-half of Nez & Rio, the production duo behind “Man of the Year,” “Numb Numb Juice” and “Druggys Wit Hoes Again”). The track will get a wider release as part of an EP dropping in early 2022 via Rockstar Games’ CircoLoco Records.

Rounding out the Radio Los Santos update are new songs from Hit-Boy, Mozzy and YG, Rich The Kid, TiaCorine and Kenny Beats, as well as cameos from ScHoolboy Q and Mike Dean.

Elsewhere, DJ Pooh’s West Coast Classics station is adding a clutch of Dr. Dre classics to its rotation as part of a “Dre Day” takeover. Hits such as “The Next Episode” will be played alongside Dre’s collaborations with 2Pac, Snoop Dogg, JAY-Z, Nas, Ice Cube, Mary J. Blige and Blackstreet.

Some of Dr. Dre’s friends and collaborators will pop up with call-ins to the station while fellow West Coast legend Dam-Funk will “provide the score with his fresh take on the classic G-Funk sound for Los Santos.”

Announced last week, The Contract is an online-only expansion set years after the events of Grand Theft Auto V. Gamers step into Franklin Clinton’s shoes once again — this time as the owner of a “celebrity solutions agency” — as he embarks on a mission to retrieve Dr. Dre‘s stolen phone, which contains unreleased music.

The legendary producer not only appears as himself in The Contract, but contributes brand new music. Fans got their first taste of this new material in the expansion’s trailer, which was soundtracked by a new Dre song called “ETA” featuring Snoop Dogg, Busta Rhymes and Anderson .Paak.

Watch the trailer for Grand Theft Auto Online: The Contract below.