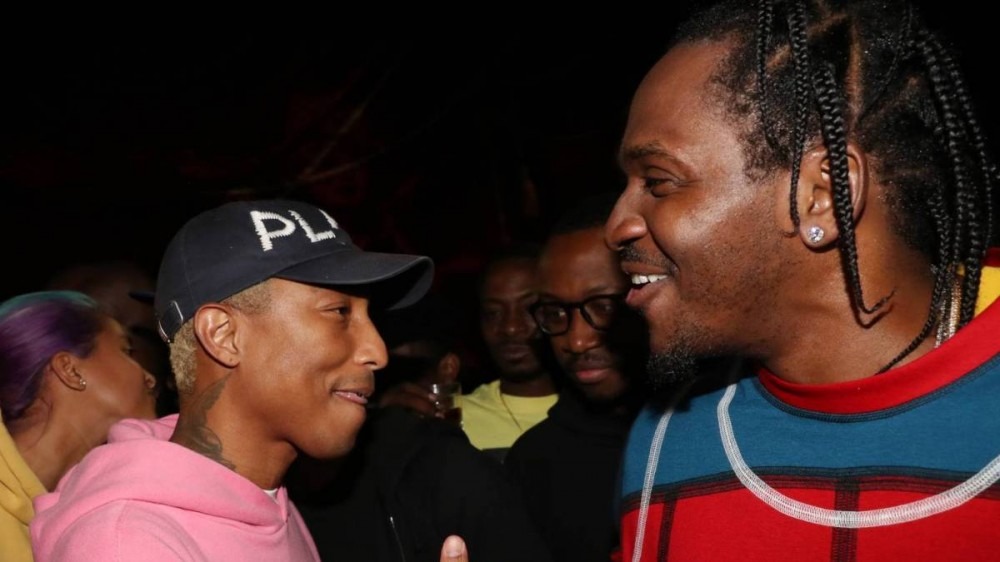 Thanks to Pusha T and Pharrell’s track record together over the past two decades, there’s frequent anticipation around them collaborating. On Wednesday (March 10), the G.O.O.D. Music president excited fans by sharing an Instagram photo of them having fun in the studio.

With the pair all smiles, Pusha also shared some unreleased lyrics in the caption, in which he dubs himself “Cocaine’s Dr. Seuss” as a reference to the acclaimed children’s author.

“If kilograms is the proof, I done sold the Golden Goose,” he wrote. “I got em baby I’m Jim Purdue, Cocaine’s Dr. Seuss – Self. The Difference Is…”

Pusha responded to various people in the comments and confirmed his new album is set to be released this year. When a fan said, “This album bout to be the best rap album 2021,” Pusha hit them back with, “Of course it is…”

Last December, Pusha revealed his new album would only have production from Kanye West and The Neptunes.

Pusha’s manager Steven Victor added to the hype, “I gotta say, I heard a couple of the Pharrell joints — listen. I heard like four of them joints and I immediately put an order in for a car.”

In regards to solo projects, Pusha most recently collaborated with Pharrell on “Suicide” and “S.N.I.T.C.H.” off his 2013 album My Name Is My Name.

As half of The Neptunes with Chad Hugo, Pharrell produced Wrath of Caine‘s “Revolution” in 2013, along with “Trouble on My Mind” featuring Tyler, The Creator and the 50 Cent-assisted “Raid” for 2011’s Fear of God II: Let Us Pray.

Pusha and his brother No Malice released all three Clipse albums on The Neptunes’ Star Trak label throughout the 2000s, with the production duo handling the entirety of Lord Willin’ and Hell Hath No Fury, as well as the majority of Til the Casket Drops.