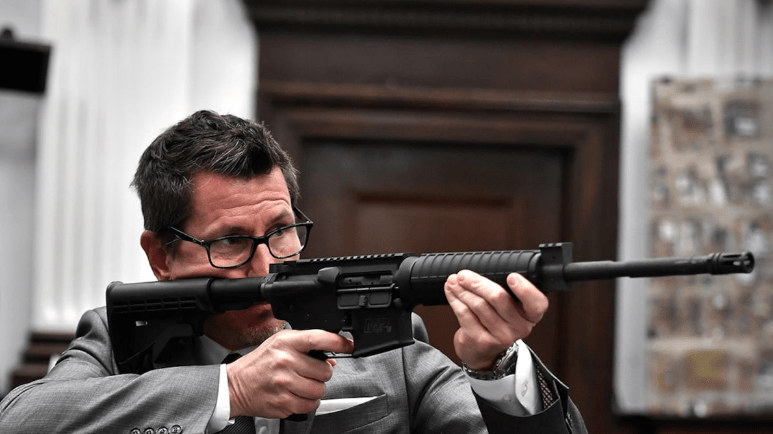 The drama in the Kyle Rittenhouse murder trial in Kenosha, Wisconsin continues even as the trial comes to a close, as one of the prosecutors is under fire for pointing the AR-15 assault rifle at the 18 people in the jurors’ bench, including the twelve jurors during his closing argument.

According to a report from, assistant D.A. Thomas Binger tried to re-enact the shooting that left two men dead, one man injured, and a 17-year-old Rittenhouse shown walking past police with his AR-15 immediately after the killing.

Many people compared Binger’s move to the shooting death of 42-year-old film director Halyna Hutchins by actor Alec Baldwin on the set of the movie Rust. Violating the first rule of gun safety, Binger is now a target on social media as he tries to show the degree of “white privilege” Rittenhouse was given as he walked the streets of Kenosha on August 25, 2020.