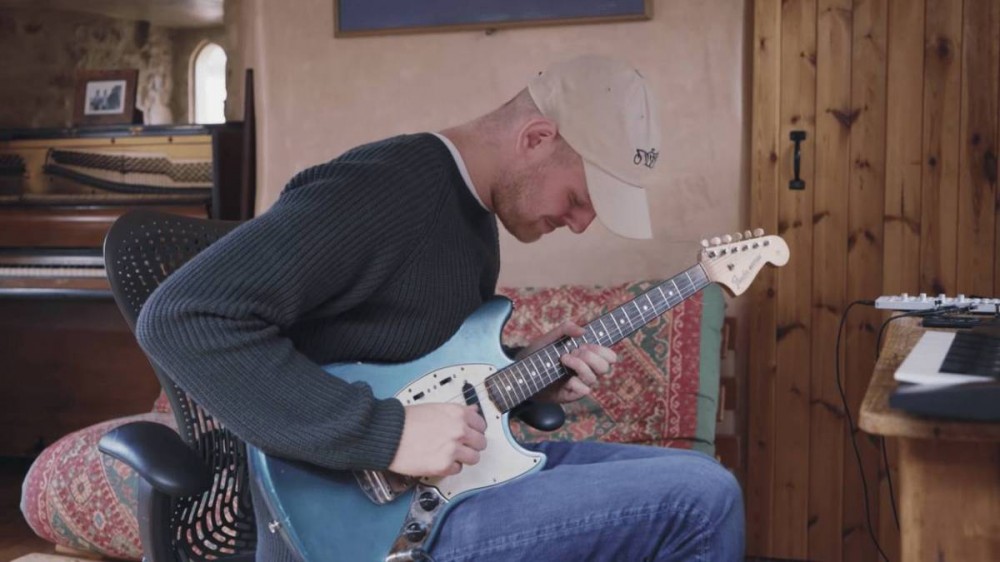 Kenny Beats has unveiled the name and release date of his forthcoming debut album.

While the buzzing producer has worked with some of the biggest names in Hip Hop, from Vince Staples and Denzel Curry to 03 Greedo and Curren$y, Kenny Beats hasn’t yet released a collection of work solo dolo, but now that’s all about to change.

“My debut album Louie August 31,” Kenny wrote alongside a photo of the water-colored album cover.

The 17-track album is devoid of features and will be strictly instrumental. Kenny teased the project on YouTube by dropping four instrumental teasers all titled “LOUIE” to get fans excited for the project.

Kenny Beats’ debut was conceived after his father was diagnosed with pancreatic cancer during lockdown in 2020. Kenny found himself returning to old mixtapes his pops had shown him over the years, which helped him to process his grief.

“The mixes didn’t merely offer reassuring anthems, they transported him back to times that felt simpler,” a press release stated. “Before the turbulence of the last two decades took its toll.”

Kenny then decided to create a new mix entirely for his father. Louie, in turn, is an album, “Indicative of the unremitting love felt from child-to-parent,” the press release reads, “a heart-on-sleeve appreciation for his dad’s sacrifices and willingness to nurture his son’s talent, create over the course of the month of December 2020.”

“I always said that I wouldn’t do a solo album because I didn’t have anything to say,” Kenny said in a statement. “Finally, I did. Something dark turned into something beautiful. This album encapsulated the feeling of that one month.”

The last Kenny Beats production fans got to hear was on Vince Staples’ Ramona Park Broke My Heart. Kenny produced the tracks “THE BEACH,” “LEMONADE,” “ROSE STREET,” “THE BLUES” and others.

Listen to the latest “LOUIE” instrumental teaser below.