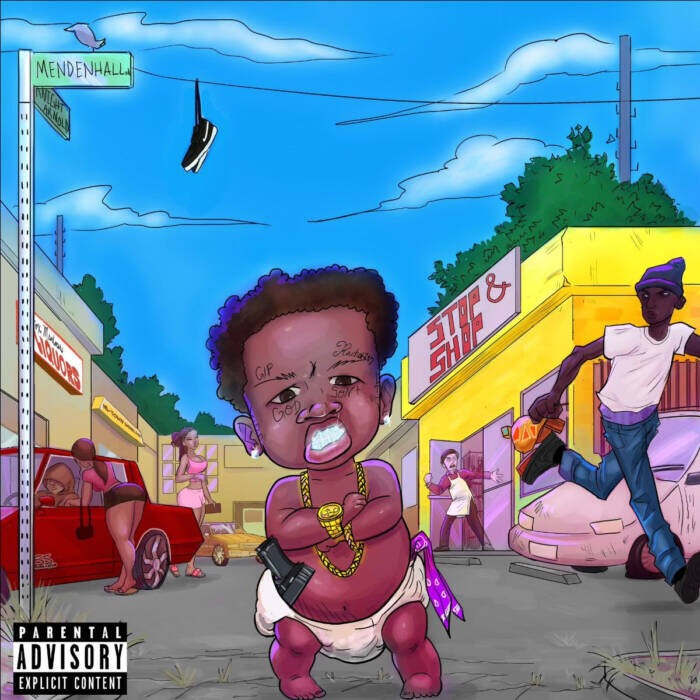 East Haiti Baby is officially back in full force! Chronicling Big Moochie Grape’s evolution from East Memphis hustler to budding rap star, East Haiti Baby showcases the street acumen, confidence, and gripping wordplay that fueled his come up and led to him signing to PRE. Over Tennessee-style production from Bandplay, Sosa 808, Ayoza, and more, Moochie flaunts his larger-than-life persona and compares himself to grand figures like Ric Flair. He’s already been building up anticipation for the project with tracks like “I’m The One,” “Never Had Sh*t,” and “Uncut & Raw.” Continuing a dominant year for Paper Route Empire as they honor Dolph’s legacy, Moochie enlists Key Glock and Kenny Muney for some hard-hitting features. A few of my faves on the project are the opener “East Haiti Baby” (love the Bill Withers/Blackstreet sample), “Fun” featuring Young Dolph, and “Breakdance” featuring Key Glock.

Along with the project, Moochie will be dropping the “Christopher Wallace” video at noon ET tomorrow! Filmed in late 2021, the video finds Moochie channeling the notorious rapper, rocking a COOGI-style sweater, and making a pilgrimage to Biggie’s stomping grounds in Bedford-Stuyvesant. The Memphis native mobs on St. James and Fulton, before the special moment of meeting up with Young Dolph and cruising through Times Square before taking a trip to the bodega.