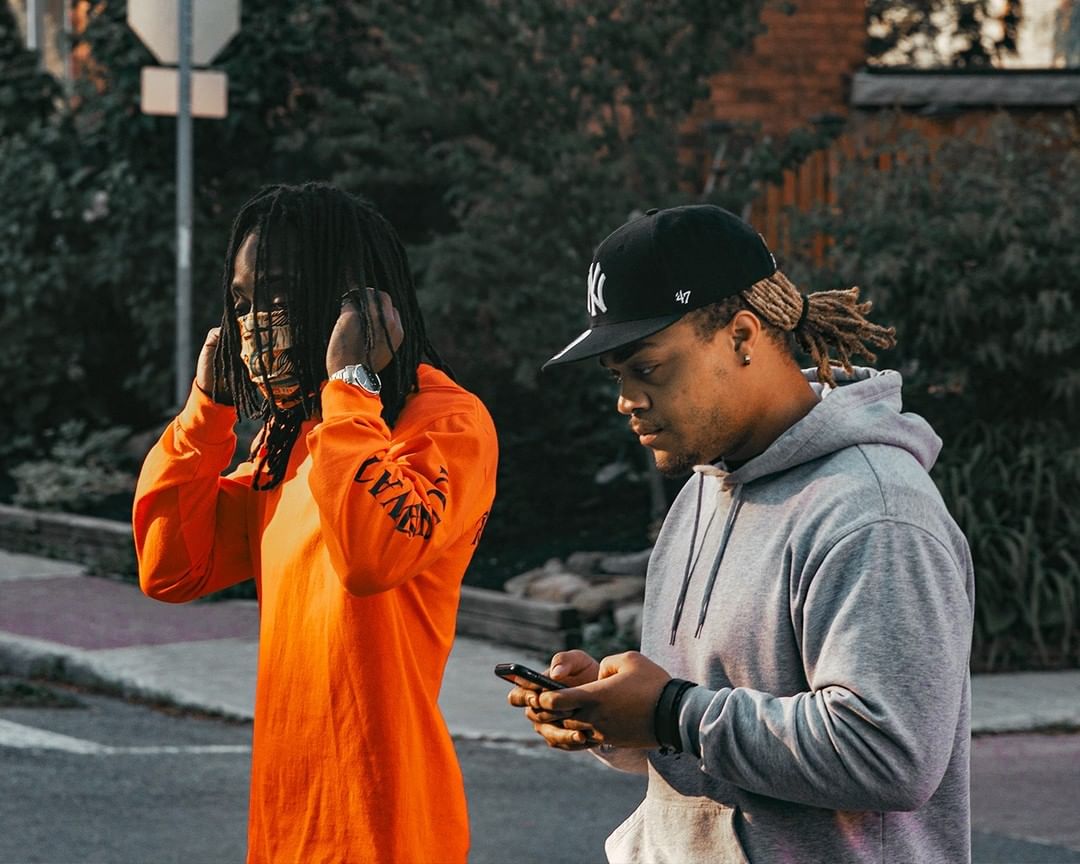 Runaway Generation’s fire duo, the Canadian rappers RND Freeman and Jupleci have just dropped a brand new track titled “Picasso.” One of their most impactful creations to date, the power duo transcends the genre and imagines the future of urban music on “Picasso,” a soon-to-be classic song for all true Hip-Hop lovers.

The critically acclaimed rappers recently made the headlines for their previously released singles, “Dead Weight” and “Phony,” both songs being dropped on IG TV with impressive visuals. Their individual skills and charisma come together in a perfect fit on “Picasso,” simultaneously exposing their ambitions and their mastery of their art in a new light.

Jupleci was born and raised in Montreal with a full Haitian background. RnB music was introduced to him at a very young age. As much as he was attached to RnB, hip hop/rap is something he was heavily influenced by. In his teenage years he grew up listening to 50 cent, Kanye West, 2pac and the list goes on. Today Jupleci considers his style as a mixture of R&B mixed with hip hop (R&Bass). He’s currently inspired by the likes of hip hop artists 6lack, Roddy Rich and Ty Dolla Sign.

RND Freeman was born and raised in Ottawa,Canada, and is of Cameroonian descent. His upbringing in Canada through the lens of a first generation immigrated family, Freeman quickly developed an early sense of underdog. Raised in a home in which African music was very prevalent, Freeman says the first artist he personally connected to was Bob Marley. Also being his mother’s favourite musician. Growing into his adolescent years, hip-hop became the sound he identified with. His favourite artists at the time were 50 Cent, Lil Wayne and Akon. RND Freeman’s approach when recording has a musical aspect that varies from the likes of Young Thug with melodic ballads to Dave East in strongly worded bars. The artist describes his art as a flower child bleeding his soul on the beat. Much of Freeman’s music carries revolutionary undertones but he insists on not classifying himself as a revolutionary but as part of the revolution. His sound is influenced by the likes of Wiz Khalifa, ASAP Rocky, Young Thug, Lil Uzi and Future.

The urban creators behind “Picasso” are part of this new generation of talents who constantly work towards pushing the boundaries of the genre, never fearing radical experiments. Jupleci and RND Freeman’s sincerity and potential is as inspiring as their latest masterpiece, “Picasso.”