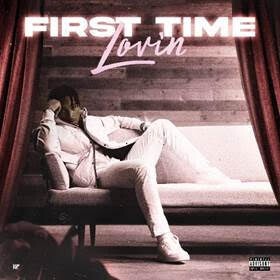 Louisiana rapper RJAE has returned with a brand-new single and music “First Time Lovin,” that premiered today on BET Networks at 9am EST and on his personal YouTube Channel at 12pm EST – all available via Never Broke Again LLC. The music video follows RJAE’s pursuit of his former flame following his “Louisiana” video after bumping into each other as feelings and sparks reignite. Through smooth and delicate vocals, RJAE tells fans the story about reopening a chapter returning to what they once were.

This week’s release precludes his highly anticipated feature on the “The Never Broke Again Vol. 1” compilation album, set to release November 19th. The upcoming compilation project will include work with P Yungin, Quando Rondo, NBA Meechy Baby and more. The 20-year-old artist has cultivated explosive success amassing over 20 million streams and views, while earning the public support of superstars A Boogie Wit Da Hoodie and NBA Youngboy among others.

Today’s track also follows his recent single “Jigga Flow,” which was released via Never Broke Again LLC in late October. RJAE has steadily released new singles all year, with additional tracks like “On Everybody” “Louisiana”, “Amen,” “Reflections,” “F*ck The World” and  “Lemon Pepper,” all delivering hard-hitting lyrics with a unique hyped flow garnering over 1.2M+ views to date.