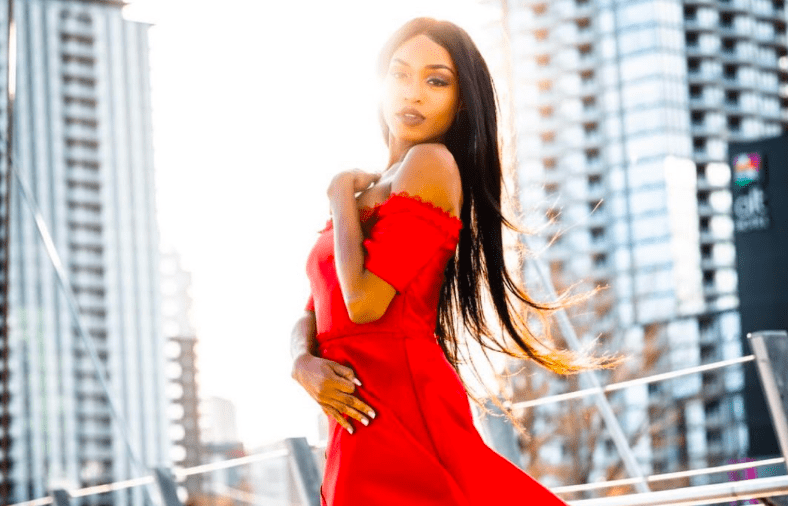 Kelsey Delemar, also known as Kelyes, is an American recording artist who has just released her brand new music video for ‘Not Around.’ In the visuals, she showcases her untaming soft edges and delivers beautifully inscripted lines. The music video portrays Kelyes in the most airy and weightless angles and symbolizes her growth in life as one of the main focuses.

As her mesmerizing vocals are paired with the soothing electro hymns and velvety soft visuals , Kelyes’ new music video is one of the most polished pieces of material by the rising artist so far and can easily be compared to some of the most talented artistic works in the genre.

The music video relays the message of fluidity and self growth. Through the undeniable connection to visual art and music, Kelyes is displayed in a highrise apartment building, surrounded by a romantic candlelight spread and flower petals swept across the floor. The only thing missing is her love interest. She pours her heart out to him explaining that she is here for him yet, he is nowhere to be found. The occasional vintage filters catch Kelyes imagining what could have happened if he actually was around? However, the next scene depicts her in a majestic mountainous forest, stepping her toes in the wonders of life as she realizes she is her very own form of love. It’s as if when she was with her man, she lived a glamorous life in the city but now she is doing her own thing, living a more simple life appreciating the blessings she has received throughout the years. Although she wishes he was there, Kelyes excels by sharing the universal feelings, truths, intuitions, and an inspiring vision of life and art through the flawlessness of her craft.