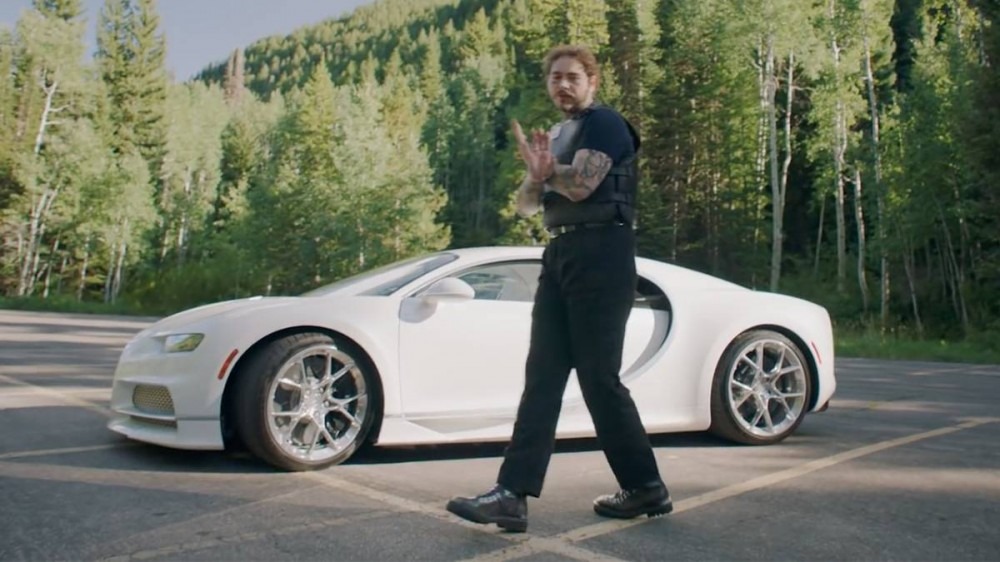 Salt Lake City, UT – When Post Malone decided to put his 2019 Bugatti Chiron up for sale, he probably wasn’t expecting it to be in the middle of a five-figure lawsuit. According to KSL, a Las Vegas attorney named Steven Dimopoulos is seeking $75,000 and the rights to buy Malone’s car after a deal with Montana company Excalibur Motors went wrong.

Post Malone was selling his Bugatti through Excalibur Motors, giving Utah-based Die Trying Auto Brokers and Josh Ayers authorization to list the car on DuPont Registry earlier in March. After submitting an online inquiry for the car, Dimopoulos claims he negotiated a price of $3.5 million on a call with Ayers.

Ayers apparently called back later that day to apologize after he’d agreed to sell to another buyer from Maryland.

With the other buyer having a set amount of time to deposit the money, Ayers allegedly sent Dimopoulos a sales contract that read, “Steve (Dimopoulos) acknowledges that this is a back-up offer. If (the other buyer) fails to complete the transaction on 3/4/2022, Steve has the first right of refusal.” According to the lawsuit, Dimopoulos returned a signed copy of the agreement minutes later that Ayers also signed.

After the other buyer failed to meet the deadline, Dimopoulos says he told Ayers that selling the Bugatti to someone else for more money would violate their agreement and he would sue for the difference in price. Ayers allegedly hung up on Dimopoulos and became unreachable, leading him to file a breach of contract lawsuit against Ayers in Utah’s federal court on Wednesday (March 9).

Post Malone’s Bugatti was famously used in his video for “Saint-Tropez,” taken from his 2019 album Hollywood’s Bleeding. In the visual, which has amasssed over 100 million views on YouTube, the rapper drives the vehicle around Big Cottonwood Canyon near Salt Lake City.